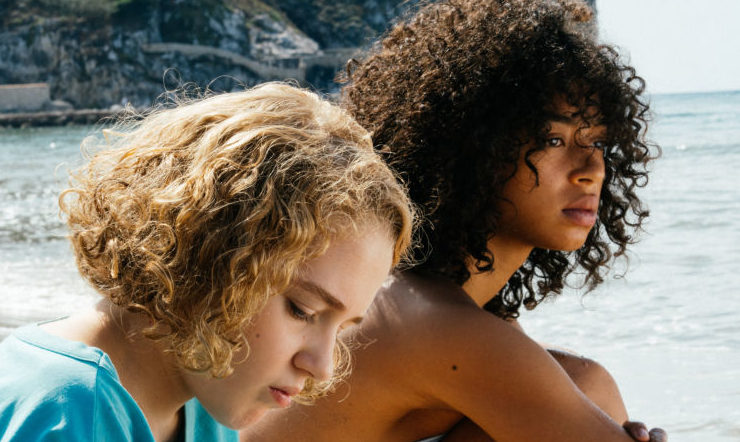 Maledetta Primavera by Elisa Amoruso will be featured in a preview tomorrow, Wednesday 21 October, at the fifteenth Rome Film Fest: the first feature-length fiction film by the Roman director and screenwriter, presented in the “Riflessi” section of the programme at 7 pm in Sala Sinopoli at the Auditorium Parco della Musica, centres on the main character Nina, a young girl who lives in a rather idiosyncratic family, with a bizarre father who is always arguing with her mother and a problematic little brother. Forced to move in with them to a suburb of Rome, she meets a girl of colour in her new school, just slightly older than she is, who dances the Lambada, pays attention to her and makes her feel special. All things that Nina doesn’t have. A great friendship arises between them.

At 4 pm, Sala Petrassi will be the venue for the world premiere of Francesco by Evgeny Afineevsky. The film offers a glimpse of the most urgent challenges of the XXI century and raises profound questions about the human condition, delving into the greatest problems of our time. Pope Francesco shows us touching examples of his lessons about life, with humility, wisdom and generosity, and works to help us understand what role each of us will play in building a better future.

At 10 pm in Sala Sinopoli, there will be a screening of Ironbark (The Courier) by Dominic Cooke, for the “Everyone’s talking about it” section. The film brings to the screen the story of Greville Wynne, a modest British businessman who becomes involved in one of history’s greatest international conflicts. Led by MI-6, the United Kingdom’s agency for foreign spying, and by a CIA agent, he forms a dangerous secret partnership with the Soviet official Oleg Penkovsky, in an attempt to provide the critical information necessary to prevent a nuclear conflict and to defuse the Cuban missile crisis.

At the MAXXI at 9:30 pm, there will be a screening of De nos frères blessés by Hélier Cisterne. The film, based on a true story, is about Fernand Iveton, a French worker born in Algeria, a Communist who supports the Algerian cause. He is arrested and accused of placing a bomb in the factory where he works. Though the bomb was defused, Fernand was sent to prison and tortured. Meanwhile Hélène, considered by public opinion to be wife of a “traitor” and a “terrorist”, watches her life fall apart. She refuses to abandon Fernand, while the trial is under preparation: the prosecution asks for a death sentence by guillotine.

At 7 pm at the My Cityplex Europa, the screening will feature Seize Printemps by Suzanne Lindon, the love story between sixteen-year-old Suzanne and an older man, who becomes an obsession for the girl. Despite the difference in their ages, each finds in the other an escape from their melancholy, and they fall in love. But at a certain point Suzanne begins to fear she is wasting her life and her sixteen years, the life she found it so difficult to live with the same spirit as her peers.

At 9:30 pm, in the same theatre, the audience is invited to see Des Hommes by Lucas Belvaux.  Adapted from the novel of the same name by Laurent Mauvignier, it is the story of Solange, who gathers her family, friends and colleagues for her sixtieth birthday. But the celebrations are abruptly interrupted by the unexpected arrival of Solange’s tormented and down-and-out brother, Feu-de-Bois, who explodes and attacks Saïd, the only North-African in the room, with a violence that is rooted deeply in hidden silences, in repressed suffering, in painful remorse, in unbearable phantoms from the past, in still-open wounds, in the stories that were smothered – but are now ready to emerge in a single night – of a generation marked in youth, fifty years before, by the Algerian war.

At 5:30 pm, in the Teatro Studio Gianni Borgna, there will be an encounter dedicated to the Golden Age of Documentaries, which are experiencing a revival in Italy thanks to the role of RAI television. From the 2000 hours of documentaries produced every year in France, to the achievements of the Anglo-Saxon nature genre, from the review of the most controversial episodes in contemporary history to the scientific documentaries that open the doors of cutting-edge technology to television audiences, these are the most significant and surprising episodes in the new life of the documentary. The encounter, during which there will be a screening of clips from the most popular series, will feature, among others, Duilio Gianmaria, director of RAI Doc, and the director of the Rome Film Fest Antonio Monda.

Palazzo Merulana will be the venue for two events in the “Duel” format, in which two personalities from the worlds of art, culture and entertainment challenge one another in front of the audience, debating their diverging opinions on themes focusing on cinema, on its protagonists and its stories. At 5 pm, Federica Aliano and Nicola Calocero will talk about Field of Dreams by Phil Alden Robinson and Escape to Victory by John Huston; at 7 pm Mario Sesti and Caterina Taricano will share with the public their ideas about the films of John Carpenter and Steven Spielberg.

At the MACRO, at 7 pm, for the “Loyalty/Betrayals” section, Edoardo Ferrario will talk about the film adaptation of “Fantozzi”, the book written by Paolo Villaggio in 1971 which popularized the character of Ugo Fantozzi, later played by the actor in the series of films launched in 1975.

In the programme at the Teatro Palladium, at 8 pm, the audience is invited to see the documentary Siamo in un film di Alberto Sordi? by Steve Della Casa and Caterina Taricano.

The Casa del Cinema will feature two films from the retrospective dedicated to Satyajit Ray: Days and Nights in the Forest at 6 pm, and The Adversary at 9 pm.

For the “Films of Our Lives” section, the screening will feature Aliens by James Cameron (MAXXI, 6:30 pm), chosen by the member of the Selection Committee Alberto Crespi, who motivated his choice as follows: “Aliens transforms the Gothic horror of the first film into a war movie, or a western, where the aliens proliferate and become an army”.

In the series hosted by a number of famous independent bookstores in the Capital City, Altroquando will feature the screening, at 9 pm, of Song’e Napule by the Manetti Bros., while at Acilia Libri there will be a screening of The End? L’inferno fuori by Daniele Misischia (at 8:45 pm).

The repeat screenings scheduled at My Cityplex Savoy include: 9 jours à Raqqa by Xavier de Lauzanne (at 4 pm), Ammonite by Francis Lee (at 6:30 pm) and Maledetta primavera by Elisa Amoruso (at 9:30 pm) in Sala 1, Home by Franka Potente (at 5:30 pm) and Seize printemps by Suzanne Lindon (at 8:30 pm) in Sala 2.

At the MAXXI, the scheduled screening is the repeat of Earthling: Terrestre by Gianluca Cerasola (at 4 pm). At the My Cityplex Europa there will be a repeat screening of Palm Springs by Max Barbakow (at 3:30 pm).