#RomaFF12 | The exhibitions at the 12th Rome Film Fest 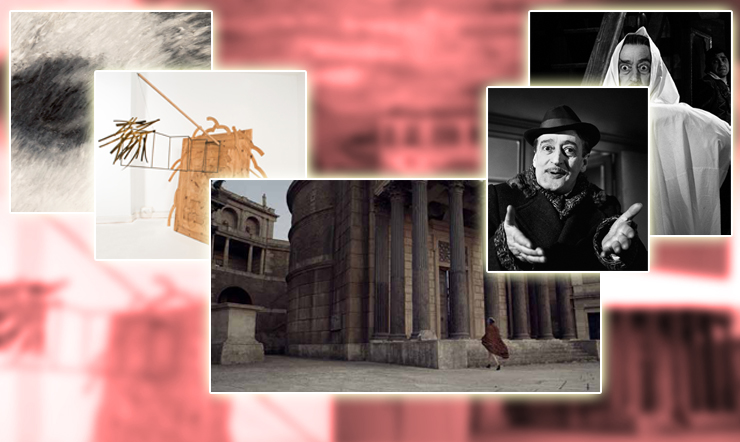 TRAME D’AUTORE | Six video-artworks between art and literature
Contemporary art comes under the spotlight at the Rome Film Fest. The Auditorium Parco della Musica will feature the exhibition “Trame d’Autore”, a project promoted and conceived by Simona Marchini, which presents six video-artworks stemming from the interaction between six artists, six writers and six directors. The works of Pizzi Cannella, Hidetoshi Nagasawa, Roberto Pietrosanti, Marina Sagona, Giuseppe Salvatori and Jannis Kounellis (the first posthumous tribute to this great artist) dialogue with the writings of Emanuele Trevi, Claudio Damiani, Jhumpa Lahiri, Marco Lodoli, Aurelio Picca and Elena Stancanelli. The resulting narration morphs into image in the six short films that will be screened in the spaces of Studio 2 and Studio 3, which will also display the works that served as the dramaturgical elements. In her twin role as actress and art dealer, Simona Marchini sought to bring together the languages of visual arts and literature to shape a third fusional language, that of auteur videos. The backstage photos by Dino Ignani, will be on exhibit at La Nuova Pesa (via del Corso 530, Roma) for the duration of the Rome Film Fest.

I VOLTI DI TOTÒ
To salute the restoration of Miseria e nobiltà by Mario Mattoli, the Centro Sperimentale di Cinematografia (Experimental Cinematography Centre) has chosen a series of remarkable photographs of Totò from its photography collections, selected from his most famous films and others perhaps less known to the public. The Neapolitan actor, one of the undisputed greats in the history of Italian cinema, theatre and comedy, will be in the heart of the Rome Film Fest, in the Foyer Sinopoli, for the entire duration of the festival: a way to remember, and with a smile to rediscover, the many faces of the iconic Totò, in a tribute to the great Italian comic actor fifty years after his death.

FENDI STUDIOS | A digitally immersive journey that brings to life the relationship between the Roman Maison and the world of Cinema
FENDI celebrates its deep long-lasting bond with the world of cinema in a surprising innovative exhibition titled FENDI STUDIOS, which explores this unique relationship using immersive digital technology. The exhibition is held at the Palazzo della Civiltà Italiana, the headquarters of the Roman Maison, which is itself linked to cinema history, as it has been the setting for movies such as Boccaccio ‘70, Titus and Zoolander II. The exhibition showcases a series of different spaces, studios in which visitors can immerse themselves in interactive film sets featured in films for which FENDI manufactured garments, accessories and furs over the years. To name just a few: Evita, The Devil Wears Prada and Grand Budapest Hotel. This collection of costumes is displayed and presented in the various sections of the exhibition, beside a real cinema space which will feature daily screenings of films selected by the Maison in a special program. FENDI STUDIOS is an invitation to discover, in a modern and contemporary way, the natural passion between FENDI and cinema, based on glamour and highly creative dynamics. The exhibition offers visitors a unique digital experience where they can interact with and reinvent the movies, walk “into the scenes” and become the stars, take selfies and share this unique experience in real time.

SCATTI DI CINEMA & MODA
Film and fashion: two of Italy’s finest industries, two worlds that have always cultivated a special bond with the Eternal City. Hence the idea, years ago, to tell this story from the pages of Luxury files magazine. This is one way to communicate “Made in Italy”, Italian savoir-faire, through the beauty and talent of famous personalities in contemporary cinema who tell fascinating stories with a subtle play of glances and aura of complicity. The exhibition is called “Scatti di Cinema & Moda”, Snapshots of Cinema and Fashion, a collection of the most sophisticated snapshots taken and published by the magazine, of famous actors and actresses, who posed on the set for a day to interpret the union of cinema and fashion in suggestive oneiric atmospheres.  Emotions in which the undisputed protagonist is light. Portrayed in the exhibition are: Carolina Crescentini, Giorgio Pasotti, Stefania Rocca, Miriam Leone, Rocio Munoz Morales, Giulia Bevilacqua, Fabio Troiano, Anna Foglietta, Elena Radonicich, Daniela Virgilio, Alessandro Roja, Tea Falco, Giorgio Marchesi, Giulio Berruti, Vincenzo Amato and Gianmarco Tognazzi. The exhibition, under the patronage of the Rome Film Fest, will be open to the public from October 26th to November 5th from 6:30 pm to 9 pm in the unique and splendid setting of the Hotel de Russie, a location long adored by celebrities from around the world. 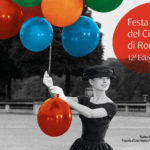 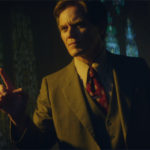 Michael Shannon to attend a Q&A session with t...