The Rome Film Fest gets the entire city of Rome involved

Since 2006, the Rome Film Fest has had its headquarters at the Auditorium Parco della Musica. The building complex designed by architect Renzo Piano houses the main theatres (Sala Sinopoli, Sala Petrassi, Teatro Studio Gianni Borgna, Studio Tre, AuditoriumArte), and the 1,300 square-meter avenue leading to the Cavea turns into one of the largest red carpets in the world.

Just across from the Auditorium, the Cinema Village features purpose-built pavilions and stands made of steel, glass and wood for festivalgoers to browse. The Village also hosts a purpose-built screening theatre, the “Mazda Cinema Hall”.

As in previous years, the Rome Film Fest also involves other venues in the city, working together with the most cultural institutions in the city and the metropolitan area.

Very near Parco della Musica, the Auditorium at the MAXXI, the National Museum of XXI Century Arts, is hosting the American Politics retrospective, the repeat screenings of the Official Selection, a number of screenings in the ‘Riflessi’ program, and the streaming of the show “Dalla città dolente” from the Rebibbia Prison, as well as a slate of documentaries,  in a collaboration with MIA – International Audiovisual Market.

The Casa del Cinema in Villa Borghese features tributes to Citto Maselli, Alberto Sordi, Luigi Comencini, and Dino Risi. Furthermore, the public will be able to see the restored version of Monicelli’s For Love and Gold, the entire program of “The films of our lives”, and some films in the American Politics retrospective, along with masterclasses and repeat screenings of films in the Official Selection. In recent days, the Casa del Cinema hosted two pre-opening events for the Fest and a tribute to Gillo Pontecorvo.

In a real treat for festivalgoers, Piazza di Spagna will offer an outdoor screening of Roman Holiday, while Via Condotti pays tribute to film for the entire duration of the event, with its glamorous shop windows dressed to the theme of cinema.

The Sala Trevi downtown is putting on a retrospective of Valerio Zurlini, while the Rebibbia prison is screening the films Max Steel by Stewart Hendler, Sole cuore amore by Daniele Vicari, Inferno by Ron Howard and the show “Dalla città dolente”.

The event “MigrArti. Cinema senza frontiere” takes place at the Di Donato school; the EUR district is the original setting for the Mazda MX-5 Drive-in, while the theatres Farnese Persol, The Space Cinema Moderno, Broadway and Cineland Ostia will all be screening repeat screenings of films on the Fest lineup. 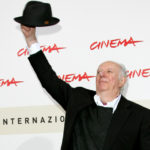 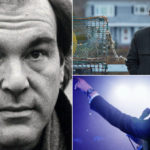