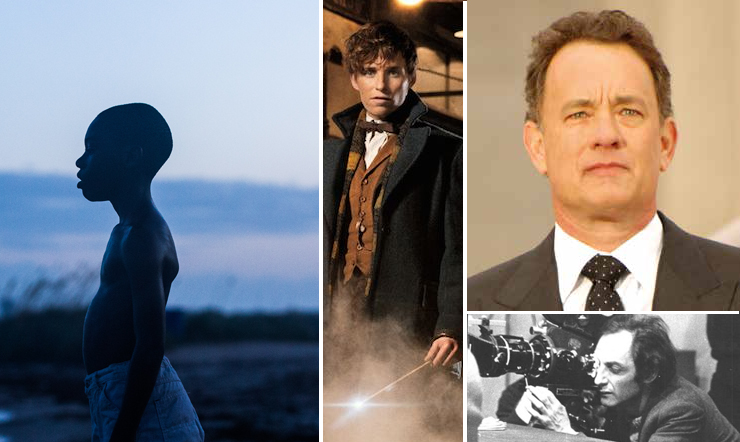 Thursday, October 13th, the Rome Film Fest will be off and running until Sunday, October 23rd, under the artistic direction of Antonio Monda, produced by the Fondazione Cinema per Roma chaired by Piera Detassis. The Auditorium Parco della Musica in Rome is once again the main venue for the Fest, with its red carpet and state-of-the-art theatres. As every year, the Rome Film Fest also gets other parts of the city involved, from the city centre to its outskirts.

At 5:30 p.m. in the Sala Sinopoli at the Auditorium Parco della Musica, Tom Hanks takes the stage for a Close Encounter with Fest audience that features screenings of scenes from his films, one of which Hanks is particularly fond of. At the end of his onstage conversation, the American actor, two-time Oscar® winner for Philadelphia and Forrest Gump and the iconic star of three decades of American film, including runaway hits like Saving Private Ryan, Cast Away, Apollo 13, The Da Vinci Code and the recent Bridge of Spies, will receive the Rome Film Fest Lifetime Achievement Award. The Fest is also devoting a major retrospective to Hanks’ films, starting tomorrow at 9:30 p.m., when the Teatro Studio Gianni Borgna hosts a screening of That Thing You Do!, one of the films Hanks has directed himself. Tom Hanks will walk the Auditorium’s red carpet at 4:45 p.m.

At 7:30 p.m., the Sala Sinopoli will be hosting the 2016 Rome Film Fest’s opening film, Moonlight by Barry Jenkins. Moonlight is an intense, lyrical meditation on identity, the feeling of belonging, family, friendship and love. The film tells the story of a young man of colour, from childhood to adulthood, who struggles to find his place in the world after growing up in a slum on the outskirts of Miami. Directed and co-written by Barry Jenkins, the film is Jenkins’ second feature after Medicine for Melancholy, a romantic drama nominated for three Independent Spirit Awards. Gracing the red carpet at 7 p.m., Moonlight’s two stars, Ashton Sanders and Jharrel Jerome. A repeat screening is scheduled at 8:30 p.m. in the Sala Petrassi.

At 9:30 p.m., at the Mazda Cinema Hall, the Rome Film Fest, in a joint collaboration with Warner Bros. Pictures, will be livestreaming the global fan event

“Fantastic Beasts: A Return to J. K. Rowling’s Wizarding World”. As anticipation mounts for the theatrical release of Fantastic Beasts and Where to Find Them by David Yates, in the world’s leading cities audiences will be simultaneously treated to a preview of scenes from the film and will get the chance to ask questions in real time to members of the cast. Live from London, Eddie Redmayne, Katherine Waterson, Alison Sudol, Dan Fogler, and director David Yates will be fielding queries, while Colin Farrell and Jon Voigt will be on hand from Los Angeles. Starting at 8:30 p.m., fans can start lining up outside the screening room for seating on a first-come, first-served basis, and they will also receive the exclusive celebratory t-shirt for Fantastic Beasts and Where to Find Them along with a magic wand and a collectible mini-poster. A pre-show starts at 9 p.m., with entertainment and more gadgets guaranteed.

At 5 p.m. the Teatro Studio Gianni Borgna is the venue of choice for the first film in the Rome Film Fest retrospective “American Politics”, a slate of sixteen films in the run-up to the American presidential elections. The event kicks off with Robert Rossen’s All the King’s Men.

This year the Rome Film Fest, in a collaboration with Istituto Luce Cinecittà, has chosen to pay tribute to filmmaker Citto Maselli and a sterling career exemplary for its honesty and consistency. The Casa del Cinema in Villa Borghese will be screening some of Maselli’s most important films, including documentaries and shorts. At 3:30 p.m., three shorts get the tribute underway (“Bambini”, “Ombrellai” and “Zona pericolosa”), followed by a screening of The Abandoned. Next up at 6 p.m. The Suspect, then Open Letter to the Evening News at 8:30 p.m.

Meanwhile, the Rome Film Fest independent sidebar Alice nella città launches its lineup with a screening of the film About Ray at 11 a.m. in the Sala Sinopoli. 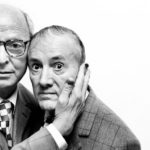 Gilbert & George, encounters and screenings at... 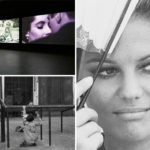 Exhibitions and installations at the 11th Rome Fil...