Because of the dramatic events that have shaken the city of Paris since last night, the RomaFictionFest has decided to display the hashtag #StayStrongParis at its photocalls and before every screening. The activities of the Festival continue in an atmosphere of sobriety and solidarity: all parties scheduled for the last two days of the event have therefore been cancelled.

The fourth day of the 9th RomaFictionFest opened with a moment of silence before the Masterclass “Quando il romanzo si fa serie” with screenwriters Giancarlo De Cataldo, Andrea Porporati and Frank Spotnitz.

The Festival not only condemns terrorism as a barbaric attack against the values of creativity, culture and tolerance expressed by Italian and international fiction, it also joins in the grief of the many French artists, writers, directors, actors and actresses who are participating in the RomaFictionFest. On the second day of the event, the Festival celebrated French television production with the support of the French Institute in Italy (Embassy of France).

The programme of the Festival will continue so that it may honour the values that inspire culture and democracy, which terrorism seeks to annihilate. The RomaFictionFest believes that the strongest response lies in the capacity of each and every person to stand their ground no matter what: not as a matter of indifference or lack of understanding, but because determination and tenacity are the most powerful and dignified response of all. 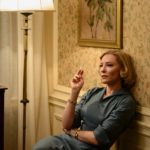