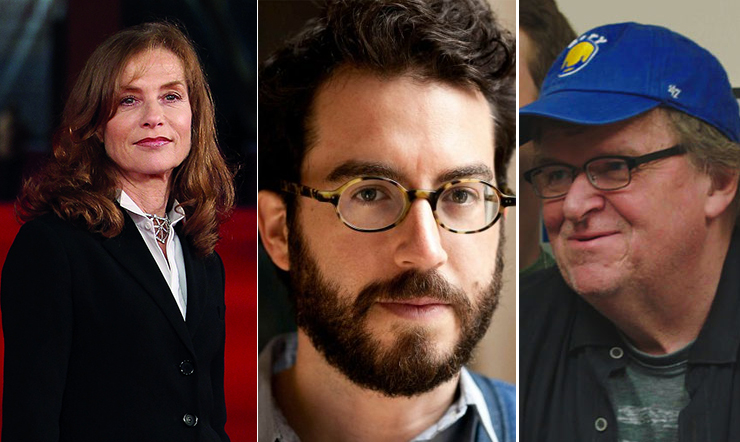 On October 20th at 6 pm, in Sala Petrassi (Auditorium Parco della Musica), Rome Film Fest will present its Lifetime Achievement Award to Isabelle Huppert, an acknowledgment she will receive from the hands of Toni Servillo. Beloved the world over for the depth and complexity of her roles, and for the restless and anti-conformist characters that she plays, throughout her career Isabelle has worked with some of the greatest European and American filmmakers, such as Claude Chabrol, Jean-Luc Godard, Maurice Pialat, Marco Ferreri, the Taviani brothers, Marco Bellocchio, Michael Haneke Andrzej Wajda, Michael Cimino and David O. Russell. The winner of awards around the globe for her performances, including the 2017 Golden Globe for Elle by Paul Verhoeven, the Parisian actress will attend a Close Encounter with the audience and will comment on a series of film clips selected from the films that have influenced her most in her life as an artist.

At 2:30 pm, Sala Sinopoli will be the venue for a Close Encounter with Oscar®-winner Michael Moore. Known for the straightforward style, free of artifice and particularly suited to describe the political and economic dynamics at play in the United States, which he combines with a heavy dose of irony, over the years Moore has investigated a variety of issues considered to be particularly inconvenient by the Establishment. At Rome Film Fest, the director will present his new film, Fahrenheit 11/9 (at 7:30 pm in Sala Sinopoli), a sarcastic and provocative look at the times we live in. After Fahrenheit 9/11, Palme d’Or-winning director Michael Moore shifts his attention to another significant date, November 9th 2016, the day Donald Trump was elected as the 45th President of the United States. Michael Moore’s latest documentary is a liberal and anti-conservative chronicle that targets not only the Administration of the United States, but the politics of the Democrats and Republicans as well, which have led to the current political situation.

The programme of Close Encounters will also feature novelist and essay-writer Jonathan Safran Foer, on the stage of Sala Petrassi at 4 pm. The author of best-sellers sold around the world, Safran Foer has dug into the memories and current events of contemporary society in “Everything is Illuminated” and “Extremely Loud and Incredibly Close” (from which two films were made); he has explored extraordinarily significant ethical and environmental issues in the pages of  “Eating Animals”, and in his book “Here I Am”, addressed the themes of the family and identity in the present day. Foer will speak to the audience about his work, delving into the relationship between literature and film.

At 10 pm (in Sala Sinopoli), the Official Selection will feature the screening of The Old Man & The Gun by David Lowery, Robert Redford’s farewell to his career as an actor: the film is inspired by the true story of Forrest Tucker, a man who spent his life robbing banks and escaping from prison. In his sunset years, from his fearless escape from San Quentin at the age of seventy, to the unprecedented spree of heists he pulled, Forrest Tucker confounded authorities and enthralled the public. Variously involved in his escape are the sharp and inflexible detective John Hunt, who hunts him down without mercy while remaining fascinated by Forrest’s non-violent commitment to his profession, and a woman, Jewel, who loves Forrest despite the career he has chosen for himself. Rome Film Fest will honour Robert Redford with a special tribute video to be shown before the screening, offering the audience the most exciting moments and most significant scenes in the career of the actor and director, who won an Academy Award in 1981 for the film Ordinary People, and later, in 2002, an Oscar® for Lifetime Achievement.

Two more films from the Official Selection are scheduled tomorrow. Light as Feathers by Rosanne Pel (at 9:30 pm, Teatro Studio Gianni Borgna Sala SIAE), the story of fifteen-year-old Eryk: he lives in a rural village of goose farmers in Poland with his mother, his grandmother and his great-grandmother. His father is no more than a distant recollection. Yet his relationship with his manipulating tyrannical mother is close and intimate. Eryk has feelings for his thirteen-year old neighbour Klaudia. Over the years, he tries to win her heart, but Eryk doesn’t know the difference between love and abuse. The screening will be preceded by one of the finalists in the short film competition “Cuori al buio”.

The animation film Funan by Denis Do (10:30 pm, Sala Petrassi), is set in Phnom Penh in 1975 when the Khmer Rouge madness plunged Cambodia into pure horror: the population was deported to prison camps and the main character, Chou, is forced to deal with the pain of impotence. When her four-year-old son is torn from her arms by the fleeing crowd, Chou’s world falls to pieces. But she never loses the hope of saving her son and keeping the family together, despite the abuse of a cruel regime.

For the section Everybody’s Talking About It, Sala Petrassi will be the venue at 8 pm for the screening of The Miseducation of Cameron Post by Desiree Akhavan. The story is set in a small town in Montana in 1993. When she is discovered kissing a girl at the prom, young Cameron Post is sent to a religious centre, God’s Promise, for conversion therapy to “cure” her of her homosexuality.

Intolerant of the discipline and the dubious methods of the centre, Cameron makes friends with other kids, pretending to create a small and variegated community that can proudly assert its true identity.

Fabio Rovazzi will be the protagonist of a Special Event at 4 pm in Cinema Hall: born in 1994, and the author of hit songs such as “Andiamo a comandare”, “Tutto molto interessante” and “Volare”, Rovazzi will present the long version of his video “Faccio quello che voglio” in a conversation with the audience, commenting on a selection of clips from the films that have influenced him most and talking about his recent experience as lead actor in the film Il vegetale by Gennaro Nunziante.

At 12 noon, at the MAXXI, the film L’enfance nue, part of the retrospective dedicated to Maurice Pialat, will be shown to the public as part of a special encounter, moderated by Mario Sesti and featuring Sylvie Pialat, co-author of the screenplays of several of her husband Maurice’s films, cinematographer Luciano Tovoli (who worked with the maestro on We Won’t Grow Old Together), and French film critics Alain Bergala and Serge Toubiana. Winner of the Palme d’Or at Cannes for Under the Sun of Satan, Pialat made films that deliberately eschew labels, yet are always built on themes and feelings with great emotional impact.

Actor Flavio Bucci will be at the MAXXI at 5:30 pm with Marco Caldoro, Domenico Ciruzzi and Sandra Pellino, to present a documentary about his personal and artistic life made by Riccardo Zinna, who recently passed away: Flavioh – Tributo a Flavio Bucci.

MAXXI Museum will also be the venue for two films from the “Riflessi” section.

Tre quartine e un addio, the story of a Roman family overwhelmed by an unexpected death, will be presented at 7:30 pm by the director Fariborz Kamkari, by the teenage star Elettra Falzetti and the producer Fabrizia Falzetti.

Treno di parole, a tribute to the poet and playwright Raffaello Baldini, from the Romagna region, will be introduced at 9:30 pm by director Silvio Soldini and by Ivano Marescotti.

As part of the “Films of Our Lives” section, dedicated this year to noir films, Sweet Smell of Success by Alexander Mackendrick will be screened at the Casa del Cinema at 6 pm.

In the same theatre, at 9 pm, there will be a screening of Marlon Brando’s film One-Eyed Jacks in the version restored by Universal Studios in collaboration with The Film Foundation and with the supervision of Steven Spielberg and Martin Scorsese, who personally selected the film for Rome Film Fest.

The audience will have the chance to see the films from the Official Selection again in various theatres around the city. The House With a Clock in Its Walls by Eli Roth, starring Cate Blanchett, is on the schedule at 6 pm at My Cityplex Savoy. In the same theatre, at 8:30 pm, there will be a screening of the film by Edoardo De Angelis Il vizio della speranza, at 10:30 pm Halloween by David Gordon Green, and at 4 pm Sangre Blanca by Barbara Sarasola-Day which will also be screened again at the MAXXI at 3 pm. At the Cinema Hall, the screenings will feature Eter by Krzysztof Zanussi (at 5:30 pm), Fahrenheit 11/9 by Michael Moore (at 8 pm) and The Old Man & The Gun by David Lowery (at 10:30 pm). 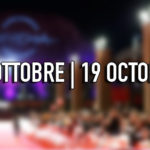 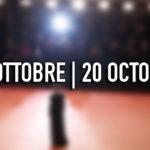