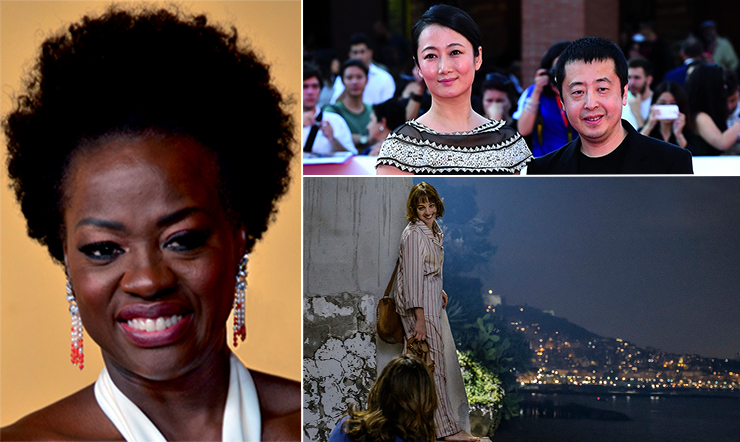 The 14th Rome Film Fest will award the Lifetime Achievement Award to American actress Viola Davis: tomorrow Saturday October 26th at 6 pm in Sala Sinopoli at the Auditorium Parco della Musica, the extraordinary actress, one of the most intense and celebrated figures in international cinema, will receive the acknowledgment which will be conferred by Italian actor Pierfrancesco Favino. Davis will also participate in a “Close Encounter”, an onstage conversation where she will discuss her career in film, television, and theatre. Davis is the first African American actress to win an Oscar, Tony, and Emmy. She is a three-time Academy Award nominee and won the Academy Award for Best Supporting Actress for Fences in 2017. She is a two-time Tony Award winner for her work in Fences and King Hedley II. In 2015, she became the first African American actress to receive the Primetime Emmy Award for Outstanding Lead Actress in a Drama Series for “How to Get Away with Murder” and was nominated for the same role in 2016 and 2019.

The Close Encounters series will wrap up with filmmaker Jia Zhangke and actress Zhao Tao (at 4 pm, Teatro Studio Gianni Borgna Sala SIAE): he is one of the most renowned filmmakers and screenwriters on the international scene, she is one of the most acclaimed Chinese dancers and actresses. They will take the stage together to review their careers and their artistic partnership. Jia Zhangke and Zhao Tao met in 2000, and since then Zhao has been the star of all of his stories. Jia Zhangke has illustrated the transformation of China over the past twenty years through personal drama and collective events, winning the Golden Lion of the Venice International Film Festival for Still Life and the Award for Best Screenplay in 2013 at the Cannes Film Festival for A Touch of Sin, both starring Zhao Tao, who in 2012 won a David di Donatello as Best Actress in Shun Li and the Poet by Andrea Segre.

Tornare by Cristina Comencini is the closing film of the 2019 Rome Film Fest. The highly anticipated new film by the Roman filmmaker, nominated for an Academy Award as Best Foreign-Language Film (Don’t Tell), winner of two Nastro d’Argento awards, one for Best Screenplay for The Best Day of My Life and a Special award for Latin Lover, will be screened tomorrow at 7:30 pm in Sala Sinopoli. Tornare is set in the 1990s in Naples. The main character is Alice, a 40-year old woman who returns America after a lengthy absence when her father dies. Alice and her sister decide to sell the family home, but they need to clear it of all the objects accumulated over a lifetime. Alice unexpectedly discovers that there is a beautiful young woman living in the house. She begins an intense and promising dialogue with her, and creates an equally intense bond with Marc, a kind and fascinating man she met at her father’s memorial service. A new dangerous and intriguing world opens up for Alice, that sheds light on her past and her existence. Tornare stars Giovanna Mezzogiorno, who had previously worked with Cristina Comencini in Don’t Tell, with Vincenzo Amato ( Respiro and Nuovomondo by Emanuele Crialese).

Tomorrow, Saturday October 26th, the winner of the “BNL People’s Choice Award” will be announced, in collaboration with the Main Partner of the Rome Film Fest, BNL Group BNP Paribas. Like every year, viewers have cast their vote for the films in the Official Selection using myCicero (with the official app, Rome Film Fest, developed by Pluservice), and on the www.romacinemafest.org website.

Rome Film Fest pays tribute to Gillo Pontecorvo on the one hundredth anniversary of his birth, with the screening, at 8 pm in the Teatro Studio Gianni Borgna Sala SIAE, of the restored version of Kapò. The film, which was nominated for an Academy Award as Best Foreign-Language Film, was restored by the Fondazione Cineteca in Bologna and Cristaldi Film in collaboration with the Museo Nazionale del Cinema in Turin. The restoration in 4K of Kapò was performed on the basis of the original camera negative and the Italian sound negative preserved at the Istituto Luce – Cinecittà. The process was completed at the L’Immagine Ritrovata workshop in Bologna in 2019.

As part of the Special Events section, there will be a screening at 4 pm in Sala Petrassi of Cecchi Gori – Una famiglia italiana by Simone Isola and Marco Spagnoli, a documentary based on original material, exclusive eyewitness accounts, photographic documentation, personal objects, preliminary and working notes, scripts for film projects that were never completed. Producer Vittorio Cecchi Gori tells his own story, from the founding to the rise of the greatest Italian film production and distribution company of all time. It is a story of fathers and sons, passionate intellectuals, far-sighted men, who demonstrate a degree of weakness before the many women in their lives, but it is also the story of a Renaissance atelier that became an industry.

Also from the Special Events section, at 8:30 pm in Sala Petrassi there will be a screening of Very Ralph by Susan Lacy. The documentary about fashion designer Ralph Lauren focuses on the man behind the fashion icon and one of the most successful brands in the history of the fashion industry. The designer also reflects on his career starting when he was a young boy in the Bronx, and in a series of interviews talks about his childhood, his fifty-year marriage, the rise of his fashion company, his creative advertising campaigns and his pioneering vision of fashion. The documentary offers a full immersion into the archives of the brand, with interviews with his family, his long-time colleagues and the most influential members of the fashion biz including Anna Wintour, Karl Lagerfeld, Hillary Clinton, Naomi Campbell, Calvin Klein and Diane von Fürstenberg.

At 6 pm at the MACRO Asilo, for the “Duel” series, Mario Sesti and Valerio Caprara will debate the cinema of Yasujirō Ozu and Akira Kurosawa. At 8 pm, in the section “Loyalty/Betrayal”, writer Paolo Di Paolo will comment on the film adaptation of the novel “Dream Story” by Arthur Schnitzler, brought to the silver screen by Stanley Kubrick in Eyes Wide Shut, his last film as a director.

Two other events from the “Loyalty/Betrayal” section will be held tomorrow: at the Teatro Studio Gianni Borgna Sala SIAE Anselma Dell’Olio will illustrate the figure of Casanova in cinema, while at 7 pm, at Palazzo Merulana, Fabrizio Gifuni will read excerpts from “Quer pasticciaccio brutto de via Merulana” by Carlo Emilio Gadda, adapted for cinema by Pietro Germi in Un maledetto imbroglio.

At 3 pm at the MAXXI, there will be a presentation of the film L’eleganza del cibo by Dario Carrarini. In the documentary, the viewer is taken on a journey to discover the agri-food and craft industries, and the anthropological reality inserted within the context of a cultural specificity rooted in the territory, but that reflects the value of an international language of knowledge.

At 5 pm, also at the MAXXI, the screening will feature Uma Pulga na Balança by Luciano Salce, thirty years after he passed away. The film will be introduced by Mario Sesti and Emanuele Salce, with readings of documents, letters and previously unpublished texts.

At 4 pm, in collaboration with the Rome Film Fest, “Le Donne del Muro Alto” the company of actresses incarcerated at the Casa Circondariale Femminile at Roma Rebibbia, led by director Francesca Tricarico, will pay tribute to Massimo Troisi. In this new project the association “Per Ananke” has decided for the first time to work on its usual theatre programme with a greater focus on the art of film, based on a text “Neruda’s Postman” that the women prisoners immediately felt akin to thanks to film version of The Mailman.

The Auditorium of the MAXXI at 9:30 pm will be the venue for the screening of Air Doll, the last film in the lineup of the retrospective dedicated to the Japanese director, screenwriter and film editor Kore-eda Hirokazu.

At the Casa del Cinema, the audience is invited at 6 pm to see the screening of Bringing Up Baby by Howard Hawks, the “Film from our Lives” selected by Alberto Crespi. In the same venue, Liebelei (at 8 pm) and Lola Montès (at 10 pm) will close the programme of the retrospective dedicated to the German director Max Ophüls.

At the Teatro Palladium, at 8:30 pm, the Rome Film Fest will present the repeat screening of the film Not Everything is Black by Olmo Parenti, a film from the “Riflessi” section.

The schedule counts several repeat screenings. In the Teatro Studio Gianni Borgna Sala SIAE at 2 pm, the screening will feature On Air. The Frecciarossa Cinema Hill will host the screenings of Santa Subito (12 noon), Share (3:30 pm), Fète de famille (5:30 pm) and the closing film Tornare (8 pm). The Auditorium of the MAXXI will hold the screening of Lunar City (7:30 pm). 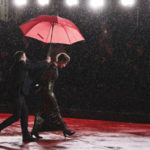 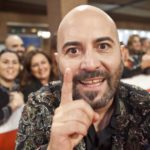