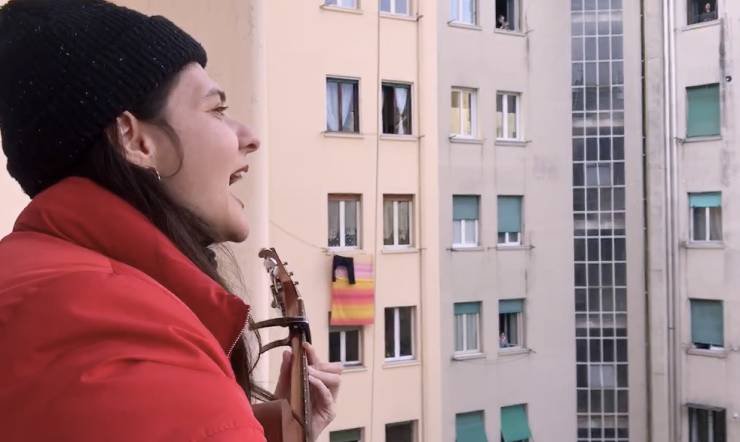 The 15th edition of the Rome Film Fest comes to a close on Sunday, October 25th. Over the course of the Fest’s last day, the BNL People’s Choice Award will be announced, in a collaboration with the Film Fest’s Main Partner, BNL Gruppo BNP Paribas. The winning film is the one with the most votes by audiences attending the first repeat screening of the titles in the Official Selection at My Cityplex Savoy. And Fest audiences will have the chance to catch two repeat screenings of the winner at 8pm: in the Sala Sinopoli at the Auditorium Parco della Musica, and at My Cityplex Europa.

At 5pm, the Sala Sinopoli hosts the screening of Fuori era primavera – Viaggio nell’Italia del lockdown by Gabriele Salvatores, who brings to the screen an intimate story of the Italians in lockdown: from the wonderful, empty Italian piazzas, to the front-line heroes in the hospital wards, to the festive windows and balconies and the home videos. A collective account filtered through the direction and the vision of a great artist who brings us an actual documentary film that saves a complete and authentic photograph of Italy today for future memory.

At 9:30pm at the MAXXI, Fest audiences can catch the classic In the Name of the Law by Pietro Germi. The restoration of this film was completed in 2020 by the Centro Sperimentale di Cinematografia- Cineteca Nazionale, and performed at the laboratory L’Immagine Ritrovata, based on a print film made from the original negative, unfortunately lost, and a positive soundtrack, provided by Cristaldi Film. The film tells the story of the magistrate Guido Schiavi, who arrives in a small town in Sicily, and clashes with a local landowner, the Baron Lo Vasto, the local mafiosos, and the townspeople’s code of silence.

Earlier at the MAXXI, on the “Films of Our Lives” lineup, there will be a 6:30pm screening of Close Encounters of the Third Kind by Steven Spielberg, selected by the Artistic Director of the Film Fest himself, Antonio Monda, who explains: “It is a moving, revolutionary film, brilliant, filled with poetry and great spiritual motivation, and extremely personal: it is the only one he ever wrote – even though there is a first version of the screenplay written by Paul Schrader – and is filled with allusions to his sorrows, dreams and loves, from the description of a family in crisis to his passion for Pinocchio.”

And at the MACRO, at 7pm, the “Loyalty/Betrayals” series features author Leonardo Colombati sharing his take on the film adaptation of the literary classic Tom Jones.

And the programme on at some of Rome’s best-known independent bookstores features a screening of L’amore non si sa, with its director, Marcello Di Noto, in attendance (Acilia Libri at 5pm).

Repeat screenings at My Cityplex Savoy on Sunday include: Donna di quadri – Graziella Lonardi Buontempo by Gabriele Raimondi (at 4pm), Francesco by Evgeny Afineevsky (at 6:30pm), and Fuori era primavera Viaggio nell’Italia del lockdown by Gabriele Salvatores (at 9:30pm) in Sala 1, while Vera & Giuliano by Fabrizio Corallo (at 5:30pm) is in Sala 2.

My Cityplex Europa hosts a repeat screening of Soul by Pete Doctor (at 4pm). 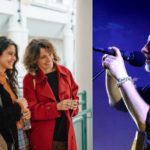 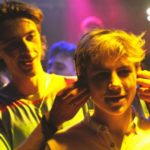