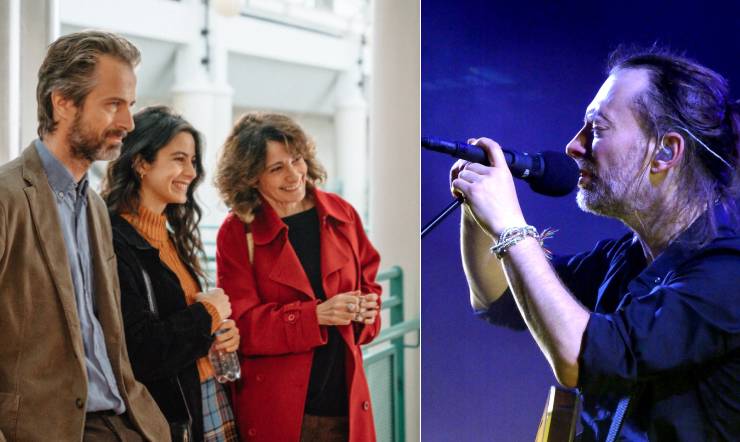 The British singer-songwriter, composer and multi-instrumentalist Thom Yorke treats audiences to a Close Encounter tomorrow, Saturday, October 24th, at the 15th annual Rome Film Fest. The leader of Radiohead steps up to the stage of the Sala Sinopoli at the Auditorium Parco della Musica at 4:30pm, for a look back over his career and a talk about great soundtracks in the history of film.

At 7pm, the same theater hosts the closing film for this year’s Film Fest, Everything’s Gonna Be Alright by Francesco Bruni.  The Roman filmmaker is the multi-award-winning screenwriter of films such as Hardboiled Egg, The First Beautiful Thing, and Human Capital by Paolo Virzì, with whom he has partnered for years, as well as TV series like Inspector Montalbano. Now he does another directing turn after hits like Easy!, Noi 4, and Everything You Want. In his new film Everything’s Gonna Be Alright, Kim Rossi Stuart stars as Bruno Salvati: Bruno Salvati’s life seems to be going nowhere. His films were never hits and his producer is having trouble getting the green light on his next project. His wife, after their recent separation, already seems to have found his replacement. On top of this, he has his failings as a father of his two children. Then one day Bruno learns he has leukemia. He turns to a skilled and tenacious hematologist, one who will lead him through a genuine obstacle course towards a cure. The first thing is to find a compatible stem cell donor, but after a few attempts fail, Bruno starts getting seriously afraid. Will he be Alright? Then his father, Umberto, reveals a secret from his distant past, and hope returns. Bruno and his family start down an unexpected path to rebirth that will change all their relationships and teach Bruno how to see others, and not just his face in the mirror.

At 4pm in the Sala Petrassi, there will be a screening of the film classic My Father My Master by Paolo and Vittorio Taviani, winner of the Palme d’Or in 1977. The film will be presented in the version restored in 2020 by the Centro Sperimentale di Cinematografia – Cineteca Nazionale and by the Istituto Luce-Cinecittà, in its laboratories, based on the original 16mm negative and a 35mm sound positive, provided by RAI Cinema. All the processes were approved by Paolo Taviani. The sound restoration was supervised by Federico Savina. Inspired by the autobiographical novel by Gavino Ledda, the film tracks his education and progressive emancipation, from being a Sardinian shepherd torn from his school and his community by his father, to obtaining a degree in glottology.

At 9:30pm, the MAXXI will be hosting a screening of the documentary Donna di quadri – Graziella Lonardi Buontempo by Gabriele Raimondi, who comments: “Beautiful, aloof, and charismatic, Graziella Lonardi Buontempo, born in 1928, divided her time between her Roman residence, Palazzo Taverna, and her home in Naples. A representative of an enlightened, experimental bourgeoisie, she curated exhibitions and was a friend and patron of major artists like Andy Warhol, who painted her portrait, as well as Burri, Pistoletto, and Kounellis. She was a true doyenne of the arts and letters.”

At 8:30pm, a special treat in the Teatro Studio Gianni Borgna, as Francesco Montanari and the producer duo Coreless Collective will present a live performance of the text and original soundtrack of “A Walk Around the Block”, while images of the project are projected behind them. The reading is connected to the exhibition in the Foyer Sinopoli during the Fest, which tells the photographic and audio visual story of the lockdown from March 9th to May 4th 2020, based on photographs, texts, voice and sound.

And at the MACRO at 7pm, the Loyalty/Betrayals series features author Chiara Valerio talking about the screen adaptation of the literary classic Dracula.

The Casa del Cinema offers a screening of another title from the Satyajit Ray retrospective: The Lonely Wife at 6pm, while at the MAXXI, at 4pm, the “Films of Our Lives” lineup features The Day the Earth Stood Still by Scott Derrickson, which programmer Richard Peña picked since he considers it a “provocative, prescient sci-fi classic”.

Repeat screenings on Saturday include, at My Cityplex Savoy, Marino y Esmeralda by Luis R. Garza (at 4pm), Herself by Phyllida Lloyd (at 6:30pm), and Everything’s Gonna Be Alright by Francesco Bruni (at 9:30pm) in Sala 1, while Romulus by Matteo Rovere (at 5:30pm), La Fellinette by Francesca Fabbri Fellini, and Fellinopolis by Silvia Giulietti (at 8:30pm) are in Sala 2.

My Cityplex Europa hosts repeat screenings of Herself by Phyllida Lloyd (at 7pm) and Supernova by Harry Macqueen (at 9:30pm). 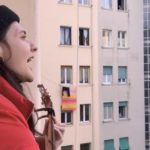