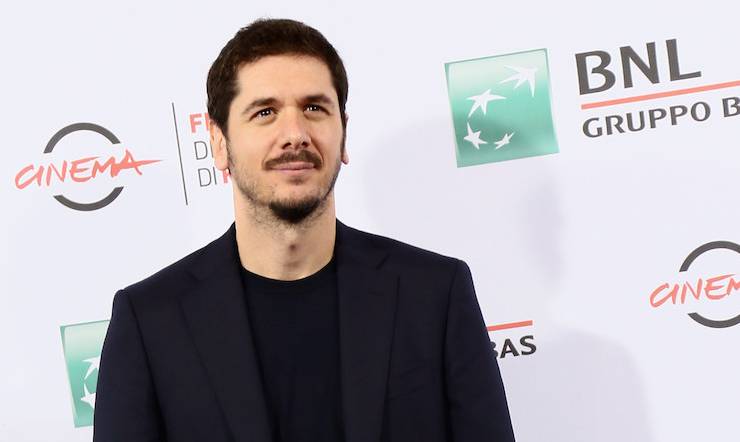 Gabriele Mainetti joins the 15th annual Rome Film Fest for a Close Encounter tomorrow, Thursday October 22nd, at 4:30pm in the Sala Sinopoli at the Auditorium Parco della Musica. The Rome-born filmmaker and screenwriter, and multi-award-winning director of They Call Him Jeeg (which bowed here at the Fest in 2015), will be sharing highlights from his career, which also includes acting credits and later his founding of Goon Films Productions. During the talk, Mainetti will give Fest audiences the very first look at scenes from his eagerly-awaited new film Freaks Out.

Next in the Sala Sinopoli, at 6:30pm, the première of Forgotten We’ll Be by Fernando Trueba. In Colombia, during the violent Medellín era of the 1970s, Héctor Abad Gómez is a respected physician and father who is not only concerned for his own children’s wellbeing, but also that of those of the disadvantaged families he deals with. His household is an oasis of vitality and creativity, thanks to an upbringing based on tolerance and love. Tragically, however, one of his beloved daughters dies of cancer. Prompted by his anger and despair, Héctor devotes himself entirely to social and political causes, becoming a human rights activist. Those in power will stop at nothing to silence him. The film is all seen through the eyes of his only son, Héctor Abad Faciolince, who would become a writer.

At 10pm, the same theater will be hosting another premiere of a film from the Official Selection, the Italian-Belgian co-production The Shift, the first feature film by Alessandro Tonda. As the filmmaker explains,

“The film was inspired by the Islamist-based attacks on major European capitals in recent years, which fueled a climate of fear. The main characters are ordinary people who find themselves dealing with a situation anything but ordinary, set off by the folly of an adolescent brainwashed by bad examples and a warped morality. The film is a fast-paced, claustrophobic thriller, the action compressed in a narrow time frame in which real time and the narrative coincide. It provides an objective and respectful perspective on real events, and the story is told with a freshness, a breadth and a style verging on that of a documentary, while respecting the conventions of the thriller genre. The audience is an integral part of the story, almost a character itself.”

At My Cityplex Europa at 9:30pm, the Everybody’s Talking About It lineup features a screening of Peninsula by Yeon Sang-ho. Four years after the outbreak of the zombie epidemic that devastated the entire Korean peninsula, Jung-seok, a former soldier, who had escaped infection and found shelter in Hong Kong, agreed to return home to carry out an exciting mission. The entire nation is now a land forgotten by God and by men. For a group of criminals, Jung-seok must recover a truck abandoned in the centre of Seoul before a certain deadline, and then flee the country silently. But something goes wrong. The operation veers out of control when a mysterious militia known as Unit 631 ambushes Jung-Seok’s small team, which is suddenly surrounded by hordes of ruthless zombies.

The Riflessi section sees two of its films on the slate for Thursday. At 7pm, My Cityplex Europa hosts We Are the Thousand – L’incredibile storia di Rockin’1000 by Anita Rivaroli. On July 26th, 2014, a thousand musicians from all over Italy gathered in Cesena to play ‘Learn to Fly’ by the Foo Fighters and convince Dave Grohl to hold a concert in the city. The video of the event racked up 45 million views on YouTube, and the Rockin’1000 saw their dream come true: the Foo Fighters decided to play in Cesena! This was only the beginning of the adventure of the 1000, who are currently the largest rock band in the world.

The second Riflessi title, Honeydew by Devereux Milburn, will be screened at 9:30pm at the MAXXI. It’s been a rough night for Sam and Riley, a young couple taking a road trip through a stretch of backwoods roads. First, they’re kicked off a campsite; then, their car breaks down. Looking for help, they ring the doorbell of an isolated house owned by Karen, a peculiar aging farmer who lives with her even stranger son, Gunni. When Karen starts revealing a bit about herself, Sam and Riley’s night becomes a nightmare.

At 11:30am in the Teatro Studio Gianni Borgna, there will be a talk with film editor Roberto Perpignani called “Film editing, past and future”.  The various skills and techniques that go into film editing will be discussed, as well as the specific features that make each of them unique but also puts them on an equal footing, as they all naturally lean towards interaction, reciprocity, and complementarity.

Palazzo Merulana is the go-to venue for two talks filed under the “Duel” format, in which two figures from the arts and entertainment scene face off in the public, sparring over their different views concerning film, its stars and its stories. At 7pm, author Paolo Di Paolo and film critic Fabio Ferzetti will discuss to world-class artists like Marcello Mastroianni and Gianmaria Volonté, while at 9pm, the Artistic Director of the Film Fest, Antonio Monda, duels with author Camilla Baresani over Gone With the Wind by Victor Fleming and The Age of Innocence by Martin Scorsese.

Over at the MACRO at 7pm, the talk series “Loyalty/Betrayals” sees author Nicola Lagioia talk about the screen adaptations of works by author, screenwriter and playwright Truman Capote, whose best-known books include Breakfast at Tiffany’s and In Cold Blood.

At the Casa del Cinema, the Satyajit Ray retrospective continues with two screenings on Thursday: Distant Thunder at 6pm and The Chess Players at 9pm. The “Films of Our Lives” section features Star Wars Episode IV – A New Hope by George Lucas (MAXXI at 6:30pm), chosen by programmer Valerio Carocci, who succinctly says: ‘«A long time ago, in a galaxy far, far away…». Any further words be superfluous, enjoy the film with us.’

At 8pm, the Teatro Palladium hosts a screening of The Eumenides by Gipo Fasano.

And the screenings continue at some of Rome’s best-known independent bookstores: audiences can catch Love and Bullets by the Manetti Bros at the Tomo Libreria Caffè at 7:30pm, or else at 8:45pm at Acilia Libri.

Several repeat screenings will be featured at My Cityplex Savoy on Thursday: Faithful by Hélier Cisterne (at 4pm), The Courier by Dominic Cooke (at 6:30pm) and Forgotten We’ll Be by Fernando Trueba (at 9:30pm) in Sala 1, while Home Front by Lucas Belvaux (at 5:30pm) and We Are the Thousand – L’incredibile storia di Rockin’1000 by Anita Rivaroli (at 8:30pm) are in Sala 2.