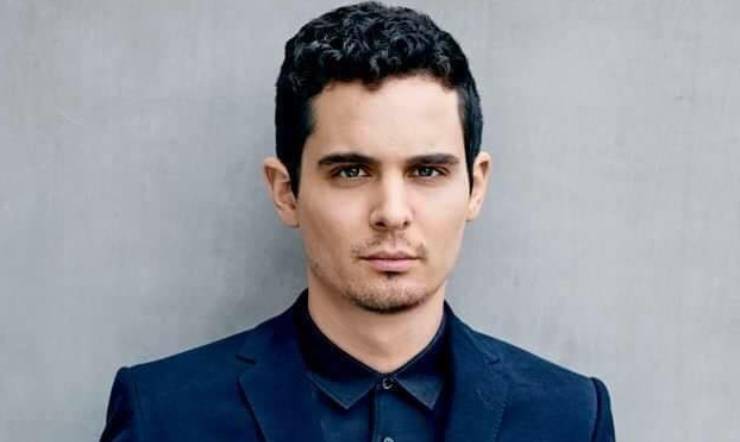 The Oscar®-winning director Damien Chazelle will be the protagonist of a Close Encounter on-air that will take place tomorrow, Tuesday October 20, at 5 pm in Sala Petrassi of the Auditorium Parco della Musica. A director, screenwriter and film producer, Chazelle will review his short but already rich career with the audience. In 2009 he made his first feature length film Guy and Madeline on a Park Bench. In 2013 he made the short film Whiplash, which the following year would become his second film, an enthralling work that won three Oscars®. 2017 was a golden year for him. With La La Land, a real tribute to the magic of cinema, he received a string of nominations for the Oscars®, fourteen in all, equalling the record set by All About Eve and Titanic, and won six, including Best Director, making him the youngest filmmaker ever to be awarded the Academy Award for Best Director. The following year, the director opened the Venice Film Festival with First Man, and again he was right on the mark. The film won many awards, including the Oscar® for Best Special Effects.

At 6:30 pm in Sala Sinopoli there will be a preview screening of Druk, to be presented to the public by the director Thomas Vinterberg. The film is based on a theory according to which we are born with a small quantity of alcohol in our blood and a moderate degree of drunkenness would open our minds to the world around us, reducing our problems and increasing our creativity. Encouraged by this theory, Martin and his three friends, all dispirited high-school teachers, launch an experiment the aim of which is to maintain a constant level of alcohol in their blood during the entire workday. Initially the results are positive and the small project grows into a veritable academic study. But the experiment will lead to unexpected consequences. Thomas Vinterberg explains: “Another Round is conceived as a film rooted in the real world, in a totally naked, sincere and sometimes improvised intimacy, like Krigen by Tobias Lindholm, my own film Festen, and Husbands by John Cassavetes. Reality unfolds in front of the camera, which observes the events without determining them. The film adopts a humorous and somewhat scandalous approach to a very serious theme. I wanted Another Round to be a multifaceted story, that will provoke, entertain, and move people to think, to cry and to laugh, all at the same time”.

The lineup of the Official Selection will feature three more films. At 10 pm in Sala Sinopoli there will be a screening of Ammonite by Francis Lee. In the 1840s, palaeontologist Mary Anning works alone on the wild Southern English coastline of Lyme Regis. The days of her famed discoveries are behind her, and she now sells common fossils to rich tourists to support herself and her ailing mother. One such tourist, Roderick Murchison, entrusts Mary with the care of his young wife Charlotte, who is healing from a personal tragedy. Mary cannot afford to turn him down, but clashes with her unwanted guest. Yet, despite the chasm between them, Mary and Charlotte discover that each can offer what the other has been searching for: the realization that they are not alone. It is the beginning of a love affair that will alter the course of their lives.

At 9:30 pm at the MAXXI, there will be a screening of 9 jours à Raqqa by Xavier de Lauzanne. The main character is Leila Mustafa, a Syrian Kurd fighting for Raqqa, the former capital of the Islamic State, which was laid to waste by the war. An engineer by training, elected mayor at barely 30, she operates in a man’s world and her mission is to rebuild her city, enable reconciliation and create a democracy. No ordinary mission.  A writer, Marine de Tilly, crosses the border between Iraq and Syria to meet her. In a city that is still dangerous, she has nine days to discover and delve deeper into Leila’s story.

At 9:30 pm, My Cityplex Europe will feature the screening of Home by Franka Potente. “I am very familiar with small towns and the provincial mentality. After all, I grew up in that kind of a world, and part of my family still lives in a small village near Münster, in Germany – explains the director. In Home I wanted to tell the story of someone who decides, in the face of adversity, to go home and stay. And does so despite the serious mistake they made, despite having violated the rules of the community in the worst of ways, by killing someone”.

For the presentation of the short film Calabria, terra mia by Gabriele Muccino, the Teatro Studio Gianni Borgna will feature, at 6:00 pm, an encounter with the public with the participation of Alessandro Passadore, the director Gabriele Muccino and the cast, consisting of Raoul Bova and Rocio Munoz Morales.

At 6:00 pm in the Casa del Cinema, there will be a presentation of Siamo in un film di Alberto Sordi? by Steve della Casa and Caterina Taricano. Alberto Sordi is a goldmine that never stops giving: not just for the film lover, not just for the fan or the scholar of history and lifestyle. Every time, a careful analysis of Alberto Sordi’s films reveals an aspect of his career to investigate, or an odd fact that opens more doors. In this spirit we tackled the job, well aware of having at our disposal the archives of Movie Time and Minerva, and the friendship of key figures in entertainment, each of whom told us about his Alberto Sordi. The film will be presented for the inauguration of the exhibition “Alberto Sordi. L’umanità fragile. Immagini dall’Archivio della Fondazione 3M”, which has been arranged at the Casa del Cinema on the hundredth anniversary of the birth of the iconic Roman actor.

Also at the Casa del Cinema, from the line-up of the retrospective dedicated to Satyajit Ray, there will be a screening of The Coward at 9:00 pm.

Following last year’s success, the fifteenth Rome Film Fest brings back the “Loyalty/Betrayals” format, during which some of the most interesting figures in culture comment on the film adaptations of famous works of literature. At the MACRO at 7:00 pm, screenwriter Isabella Aguilar will talk about the film adaptations of “Rear window”, a mystery story written in 1942 by Cornell Woolrich, including the famous version by Alfred Hitchcock and the later version by Christopher Reeve.

For the fourth year in a row, the Rome Film Fest renews its collaboration with MediCinema Italia and the Fondazione Policlinico Universitario Agostino Gemelli IRCCS. For this 2020 edition, in compliance with the health protocols established to address the COVID-19 emergency, the screenings for the inpatients at the hospital will be shown in streaming, on the TV monitors located in all the patients’ rooms.

The programme starts tomorrow, Tuesday 20 October, at 4:00 pm with Earthling: Terrestre by Gianluca Cerasola, the first film-space documentary that tells the story, in a world exclusive showing, of the life, space, art and records set by astronaut Luca Parmitano, the only Italian to have ever done a spacewalk. A story told by the voice of Maria Grazia Cucinotta and featuring the presence of Giancarlo Giannini, together with Jovanotti, the artist Jago and naturally, the record-breaking astronaut. The screening of the film for the patients of the Gemelli hospital will be introduced by a videoclip with greetings from the President of the Fondazione Cinema per Roma Laura Delli Colli.

Like every year, the Rome Film Fest will host the Rebibbia Festival, with screenings reserved for the inmate population, in the venues of the Prison Auditorium and the new recently-inaugurated  “Enrico Maria Salerno” Movie Theatre. The programme will feature three screenings selected from the official line-up of the fifteenth Fest. Tomorrow the screening will present Un cielo stellato sopra il ghetto di Roma by Giulio Base. The past interlaces with the present: the discovery of a mysterious yellowed photograph depicting a little girl will lead Christian and Jewish students to search for the truth. They undertake a journey through the memory of a painful past that is hard to forget, such as the memory of the raid on the Jewish ghetto of Rome.

In the programme of the 2020 Rome Film Fest, four independent bookstores in Rome will involve some of their readers in the streaming of films presented at the Rome Film Fest. At 7:30 pm in the Tomo Libreria Caffé, director Marcello di Noto will present the screening of L’amore non si sa, and at 8 pm in the Libreria Altroquando, the screening will feature Ammore e Malavita by the Manetti Bros., a musical comedy that won the David di Donatello as Best Film in 2018.

The collaboration between the Rome Film Fest and the Teatro Palladium continues in this fifteenth edition. Tomorrow at 8:00 pm, the audience is invited to see Ostia criminale – La mafia a Roma by Stefano Pistolini, the story of the mafia that has moved up the peninsula to Ostia, Rome’s seaside, where it has put down its roots, relying on powerful criminal families and the well-oiled mechanisms of loan-sharking, drug dealing and driving the “normal” city into submission.

The programme of the “Films of our lives” will feature The Host by Bong Joon Ho (MAXXI at 6:30 pm), chosen by the member of the selection committee Giovanna Fulvi who explains: The Host is not the typical Hollywood film that uses special effects to create shock and awe. Even though the creature is the result of the expert work and collaboration between three of the top companies in the area of special effects: the creators of Lord of the Rings, Babe and Hellboy,  the film’s centre of gravity shifts in this case from the superficial horror of monstrosity to the humanity of a family in crisis, spiced with a subtle criticism of the ongoing American presence in South Korea”.

The repeat screenings scheduled at the My Cityplex Savoy will feature: Ostia criminale – La mafia a Roma by Stefano Pistolini (at 4:00 pm), Fortuna di Nicolangelo Gelormini (at 6:30 pm) and Another Round by Thomas Vinterberg (at 9:30 pm) in Sala 1, True Mothers by Naomi Kawase (at 5:30 pm) in Sala 2.

The MAXXI will feature the repeat screenings of Era la più bella di tutti noi by Roberto Savoca and Leonardo Celi (at 4:00 pm). At the My Cityplex Europa there will be a repeat screening of I Carry You With Me by Heidi Ewing (at 3:30 pm) and of Fortuna by Nicolangelo Gelormini (at 7:00 pm). 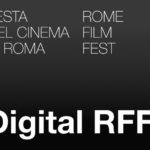