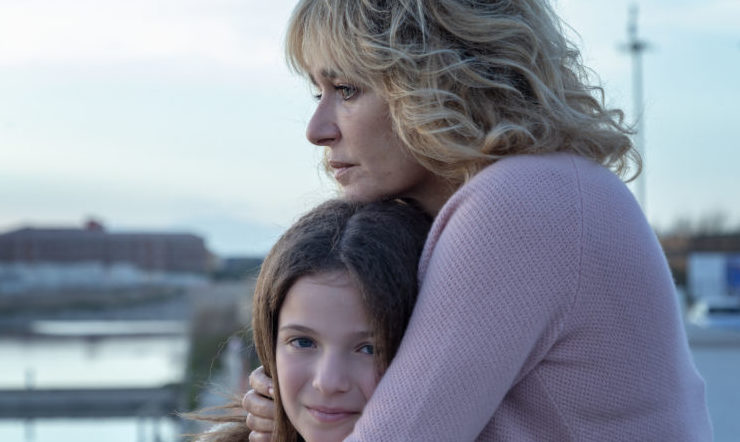 On Monday, October 19th, Gianfranco Rosi meets Fest audiences for a Close Encounter at the 15th annual Rome Film Fest. At 5pm in the Sala Sinopoli at the dell’Auditorium Parco della Musica, the multi-award-winning director of Fire at Sea and Sacro GRA, will share highlights from his career as a documentary filmmaker. A documentarian known for his accurate and incisive films, Rosi is a major exponent of the genre today and the perfect observer, intervening as little as possible in the flow of the narrative.

At 9:30pm, the same theater will host the premiere of Fortuna, the feature directorial debut of Nicolangelo Gelormini and the story of Nancy, a shy little girl who lives with her family in a building that seems to have fallen out of the sky like a meteorite, onto a god-forsaken part of the world. Locked in a silence that has alarmed her mother for some time, Nancy is being treated by Gina, a psychologist who is distant and distracted. The child seems not to recognize her own name when called and feels she doesn’t belong to her surroundings. Like a fairy tale in which she struggles to believe, Nancy thinks she is a princess waiting to return to her far planet. Her best friends Anna and Nicola are the ones who call her Fortuna, and only they are privy to her dark secret that involves the adult world at its worst.

In between, the Sala Sinopoli will hold the premiere of The Speech by Laurent Tirard. The story revolves around Adrien, a thirty-five-year-old neurotic and hypochondriac in a precocious mid-life crisis. At an endless family dinner during which his father runs through his usual anecdote, his mother serves the roast lamb dinner, and his sister hangs on her future husband’s every word, as if he were Einstein himself, Adrien waits. Waits for his girlfriend Sonia to reply to his messages and put an end to the ‘time apart to think things over’ that she has imposed on him for a month now. But Sonia doesn’t reply. To top it all off, Ludo, his future brother-in-law, asks him to give a speech at their wedding: Adrien’s anxiety now turns to panic. Wait, what if that speech turns out to be the best thing that ever happened to him?

Over at the MAXXI at 9:30pm, the Special Events programme features the premiere of Ostia’s Mafia by Stefano Pistolini. The Mafia has moved up the peninsula to Ostia, Rome’s seaside, and put down its roots, using powerful criminal families and relying on well-oiled mechanisms of loan-sharking, drug dealing and driving the “normal” city into submission. Major operations by police authorities are fighting this phenomenon, but the war has yet to be won. The screening will be presented by the director, journalist and screenwriter Daniele Autieri, and the judge Alfonso Sabella.

The My Cityplex Europa will host two films from the Official Selection tomorrow. The first is at 7pm: I Carry You With Me by Heidi Ewing. As the filmmaker explains, “In 2012, my friends Iván and Gerardo wanted to come to Sundance to support Detropia, a documentary which I directed with Rachel Grady. We’d been friends for years. One day they told me their life story, the story of their childhood, their whole love story. Their migration story. I was astonished. So on the plane ride home from Sundance, I wrote everything down that I could remember and sent myself an email called ‘The Mexican Love Story’.”

Next up at My Cityplex Europa, at 9:30pm, True Mothers by Naomi Kawase. After suffering through a long and unsuccessful series of fertility treatments, Satoko and her husband Kiyokazu adopt a child they name Asato. Six years later, Satoko has quit her job to concentrate fully on her husband and son, and the family leads a peaceful existence. But suddenly this happiness is threatened by a phone call from Hikari, Asato’s birth mother, who demands her son back, or money as compensation. Satoko and Kiyokazu had met her only once, when they adopted Asato. Hikari was 14 years old at the time. The couple had never heard from her again. One day while Asato is at school, Satoko receives a visit from Hikari, and feels instinctively that this girl at the door is not the real Hikari.

At 4:30pm, the Sala Petrassi hosts La legge del terremoto by Alessandro Preziosi, a visual and historical but mainly emotional journey that explores one of the key phenomena in the physical and psychic saga of our nation: earthquakes. If Italy is a body, every earthquake is a heart attack. Alessandro Preziosi, who directed and appears in the film, witnessed the 1980 earthquake in Irpinia at a very young age. His quest takes us to Belìce in Sicily, struck in 1968, as well as Friuli, Assisi, l’Aquila, and Amatrice, for a tale of earthquakes but also of experience, humanity, and reconstruction. Using remarkable archival footage and the words of eyewitnesses and experts, as well as a sophisticated yet highly empathetic perspective, this original film maps out something that touches us deeply, and always has.

The screening at 8pm at the Teatro Palladium is L’amore non si sa by Marcello Di Noto. Denis is a musician and don giovanni who does just fine on gigs playing Neapolitan songs handled by the local mob. When he winds up in the crosshairs of a reckoning between mobsters, though, he realizes that shutting up about it is not the way to go. Thanks to the love of a woman, Marian, he finds the strength to rebel.

The Satyajit Ray retrospective at the Casa del Cinema features two films tomorrow: at 6pm, Kanchenjungha; and at 9pm, The Big City.

As they do every year, Artistic Director Antonio Monda, the members of the Selection Committee – made up of Richard Peña, Giovanna Fulvi, Alberto Crespi, Francesco Zippel, Valerio Carocci, and Mario Sesti, head of the Fest’s retrospectives – share with Fest audiences a short lineup of the “films of their lives” that cemented their passion for cinema. After the western, musicals, noir, and screwball comedies, 2020 is the year of the science fiction genre. At 6:30pm at the MAXXI, Francesco Zippel presents Fahrenheit 451 by François Truffaut. “Fahrenheit 451 is a magnificent excursion into a territory unfamiliar to Truffaut,” the programmer explains, “but one which he was successful in ‘trying out’ thanks to his intelligence as an auteur and his boundless love of cinema.”