#RomaFF15 | The Fest in the city, from the centre to the suburbs 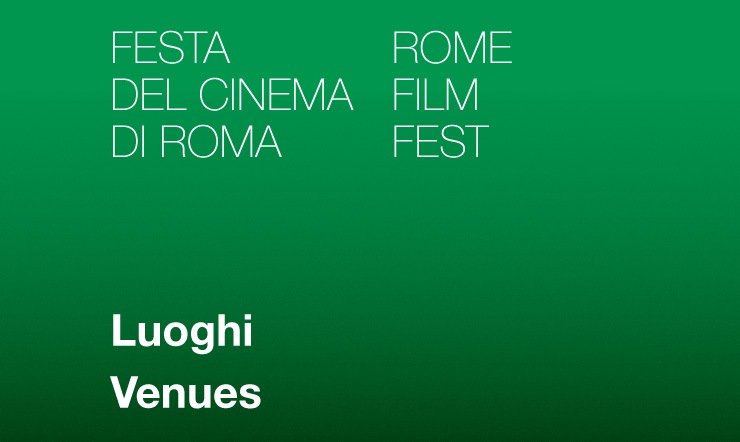 Since its first edition, the Rome Film Fest has had its heart at the Auditorium Parco della Musica with screenings, encounters, events, exhibitions, conferences and debates. The structure designed by Renzo Piano hosts the principal theatres (Sala Sinopoli, Sala Petrassi, Teatro Studio Gianni Borgna, AuditoriumArte) and the exhibition spaces (the foyer of Sala Sinopoli will feature the exhibition “Il Giro del Palazzo”). The Red Carpet, positioned along the avenue that leads to the Cavea, will be dedicated this year, thanks to the collaboration with SIAE, to the genius of Ennio Morricone: the Maestro’s music will accompany the talents, guests and public along the red carpet.

As in years past, the Fest will also involve the rest of the Capital, cooperating with the most interesting cultural realities of the territory.

The MAXXI Auditorium, which for years has been one of the most important venues for the Fest programme, will hold screenings from the Official Selection, Everyone’s Talking About It, Tributes, Reflections, Films of Our Lives, and an encounter in the Duel format.

The Casa del Cinema will host the films in the retrospective dedicated to Satyajit Ray, and the screening of Siamo in un film di Alberto Sordi? by Steve Della Casa and Caterina Taricano. The title will be presented on the occasion of the exhibition “Alberto Sordi. A Fragile Humanity. Images from the Archives of the Fondazione 3M” organized at the Casa del Cinema for the one hundredth anniversary of the birth of the famous Roman actor.

The MACRO will be the venue for the encounters of the “Loyalty/Betrayals”, during which renowned Italian and international writers will comment on the film adaptation of famous works of literature.

Palazzo Merulana will host the “Duel” series , in which two personalities from the world of art, culture or entertainment will face off in front of the public, expressing divergent opinions on themes involving cinema, its protagonists, its stories. Through November 1st 2020, furthermore, Palazzo Merulana will also be the venue for the photo-movie exhibition Vittorio Storaro: Scrivere con la Luce, under the patronage of the Rome Film Fest.

In 2020, the Rome Film Fest inaugurates the “distretto Fiume”, five movie theatres concentrated in the area of Piazza Fiume, which will constitute a second, important hub of the event. Four theatres at the My Cityplex Savoy “Acea” will host the screenings of the Official Selection, Reflections, Special Events, Everyone is Talking About It, while at My Cityplex Europa, personalized by the Regione Lazio, there will be screenings of the films from the Official Selection, Everyone Is Talking About It and Tributes. The Europa will also have an area dedicated to photocalls.

From October 17 to 23, the screenings return to the Teatro Palladium, the historic Roman movie theatre, now owned by the Università Roma Tre, where there will be a series of seven films selected from the official programme of the Fest. This initiative was made possible by the cooperation agreement between the Fondazione Roma Tre Teatro Palladium and Fondazione Cinema per Roma, with the aim of promoting and enhancing the film content produced by the Rome Film Fest and extending their accessibility to the public of university students, in particular.

On October 19, 20 and 22, the Rebbibia Festival returns with screenings, encounters, workshops that engage the inmate population, between the Prison Auditorium and the new “Enrico Maria Salerno” Movie Theatre, just recently inaugurated. The project arises from the social and cultural urgency to bring fine cinema and audio-visual products to the audience of inmates.

For the fourth year in a row, MediCinema Italia, the Fondazione Policlinico Universitario Agostino Gemelli IRCCS and the Rome Film Fest continue their collaboration, showing two films from the official programme. For this 2020 edition, the decision was made, in compliance with the health protocols established to address the COVID-19 emergency, that the screenings for the inpatients at the hospital would be shown in streaming, thereby projecting the selected films directly on the TV monitors in the hospital rooms.

For the first time, the Regione Lazio, in collaboration with the Rome Film Fest, will bring cinema into the Case Rifugio shelters, where women find protection from male violence and attempt to reconstruct their identity and autonomy. Thanks to extraordinary technical equipment, the guests at the Case Rifugio will have free access to the screenings of the films previewed during the Rome Film Fest.

In 2020 four independent bookstores in Rome will involve some of their readers in the streamed screenings of films from the Rome Film Fest. The bookstores, scattered across the territory, are Altroquando, in the city centre, the Piave bookstore near the most important high schools of our city, the Torno Libreria Caffé, in the heart of the university district of San Lorenzo, and Acilia Libri, located in one of the most peripheral districts open to cultural activities.

For the fifteenth edition, the Fest opens to a new location in the city, inaugurating the outdoor space of the Teatro Tor Bella Monaca under the aegis of RIF, the Museum of the Peripheries. This synergy is moving in the direction of the constant and growing involvement of the city, year after year, and of locations outside the Fest’s nerve centre. This space will feature a line-up of films characterized by musical themes.

Thanks to Sorgente Group, starting October 15th at Largo Fellini, an artistic installation created by Paola Mainetti will be positioned under the Aurelian Walls at the end of Via Veneto. It will consist of four benches, one of them red, with a bronze sculpture of Anna Magnani: the unforgettable Roman actress, an undaunted and courageous woman, Magnani symbolizes the condemnation of every form of abuse and domination over women. 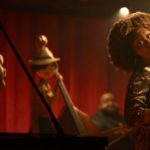 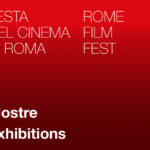