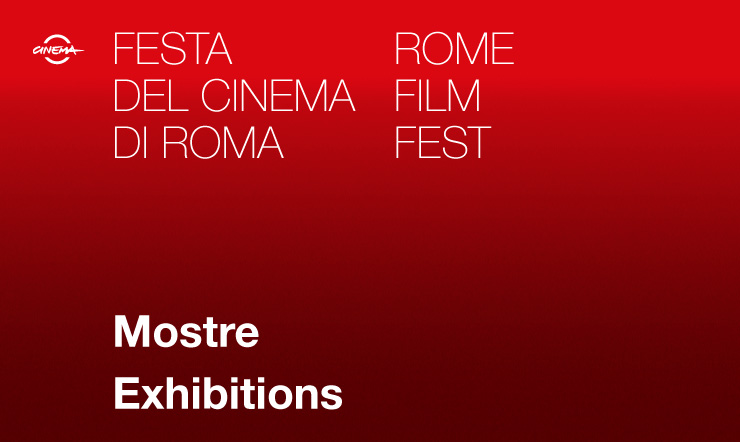 “Il Giro del Palazzo” (A Walk Around The Building) tells the photographic and audio-visual story, based on photographs, texts, voice and sound, of the time between March 9th and May 4th 2020. The working-class district of the Testaccio in Rome is the stage for this story: its walls, its inhabitants, its silent noises. “Il Giro del Palazzo” is a project conceived and developed by the photographer and author Alessandro Montanari. His pictures, which illustrate the lockdown, are accompanied by a biting but never rhetorical text by the former director of the daily newspaper “LaNazione”, Giuseppe Mascambruno. The actor Francesco Montanari interprets these words in his voice: the result is moving and striking in its expressive intensity. The original soundtrack, created ad hoc, is written and performed by the duo of producers Coreless Collective. On the evening of October 24th, in the space of the Teatro Studio Borgna in the Auditorium Parco della Musica, Francesco Montanari and the duo of producers Coreless Collective will give a live performance respectively of the text and the original soundtrack of the “Giro del Palazzo”, while images of the project will be projected behind them. “Il Giro del Palazzo” stands beside the “Sanità di Frontiera” non-profit organization , which thanks to its important work contributes to an improvement in the level of health and physical and psychological wellbeing of disadvantaged people, through proximity social and medical interventions (www.sanitadifrontiera.org). The purpose of the evening is to raise funds thanks to the voluntary donations of the invited guests, to be destined entirely to the project “Sanità di Frontiera”, “Unità Mobile Salute e Inclusione a Roma”.
Credits: Valentina Galimberti (Curator), Alessandro Montanari (Artistic Director, Director And Photographer), Giuseppe Mascambruno (Text), Francesco Montanari (Voice),  Coreless Collective (Sound Track), Emiliano Luciani (Graphic Design).

18 September – 1 November 2020 | Palazzo Merulana (Via Merulana 121, Rome)
Through November 1st, Palazzo Merulana, born out of the synergetic partnership between the Fondazione Elena e Claudia Cerasi and CoopCulture, will be the venue, under the patronage of the Rome Film Fest, for the film-photography exhibition Vittorio Storaro: Scrivere con la luce (Writing with Light.) On exhibit, a selection of seventy images, created with the technique of double exposure, taken from the most famous works of the Maestro, and shown beside reproductions of art works that inspired Storaro in his exploration of the relationship between cinematography and the other arts. A three-time Oscar® winner for Apocalypse Now by Francis Ford Coppola, Reds by Warren Beatty and The Last Emperor by Bernardo Bertolucci, and the winner of many other awards, in this exhibition Vittorio Storaro is presented in an unusual role, “essentially” as a photographer, a narrator in fixed images of a story that interlaces with and finds points of contact with the works of the Cerasi Collection in Palazzo Merulana.  Thanks to CoopCulture, the exhibition comes for the first time to Rome, the city where the Maestro was born and for this reason particularly dear to him, following a national and international tour.

Sorgente Group – the holding company of the real estate investment firm Sorgente Group headed by Valter Mainetti – takes part in the Rome Film Fest with an initiative designed to celebrate the hundredth anniversary of the birth of master filmmaker Federico Fellini and also help fight the growing trend of violence against women, by means of a statue of the legendary actress Anna Magnani. The art installation, conceived by Paola Mainetti, will be displayed in Largo Fellini at the top of Via Veneto, under Rome’s Aurelian Walls, from October 15th to the 25th. It consists of four benches, one of which is red and features a bronze statue of Magnani. Anna Magnani, iconic Roman actress and a woman of great courage and determination, epitomizes the condemnation of every kind of abuse against women and is a powerful symbol of the rights of women who have been victims of violence.

VRE is an international festival devoted entirely to the immersive technologies and their impact on our near future. VRE will be held in hybrid form this year: the Official Selection is on the platform VeeR, Talk ibride are on the platform Strem Yard, and Art Performance will be held at Villa Maraini in Rome. The international jury, composed of Jaehee Cho, Yair Agmon and Rafael Pavon, will select the winner of #VRE20. The Talks offer an opportunity for debate over the strategic role of immersive technologies in various sectors (arts, medicine, the promotion of cultural heritage, business, and sustainability). Ethics and the digital humanities will also be on the agenda. VRE aims to raise public awareness, especially among the young, of the potential of VR, as a medium that generates empathy and understanding of the culture of sustainability. Free admission to digital events, while reservations are required for on-site events.