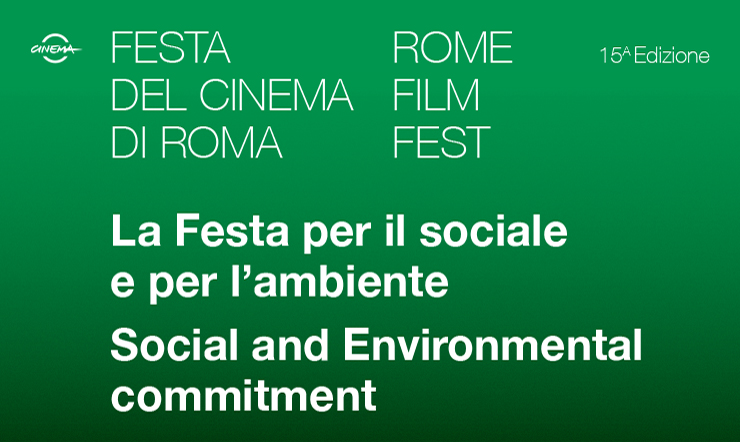 Like every year, the Rome Film Fest will host the Rebibbia Festival, with screenings, encounters and workshops that involve the inmate population, in the venues of the Prison Auditorium and the new recently inaugurated “Enrico Maria Salerno” Movie Theatre. The Rebibbia Festival is promoted by La Ribalta – Centro Studi Enrico Maria Salerno, Fondazione Cinema per Roma and the Provveditorato Regionale Carceri di Lazio, Abruzzo e Molise. It also enjoys the support of the Ministry for the Cultural Heritage and Activities and Tourism.
The Project was born out of the social and cultural urgency to bring quality cinema and audio-visual products to the audience of inmates. The programme has always included screenings, encounters and open workshops. In this year 2020, the Covid 19 pandemic has raised themes and problems that we have sought to transform into new opportunities. 1) The optical fibre connection was extended to various sectors of the Roman penitentiary; 2) the “Enrico Maria Salerno” movie theatre was inaugurated and connected to the web, as a complement to the large Prison Auditorium. Last May, an online teaching programme began, making certain educational and cultural contents available on the web. Today the prison world can enjoy certain film contents, in television series, documentaries and international film productions which have until now been unavailable to those who live behind bars. This is the new substance of the Rebbibia Festival 2020: the collaboration with the Rome Film Fest on the digital content of films in streaming.

For the fourth year in a row, in ongoing collaboration between MediCinema Italy, the Fondazione Policlinico Universitario Agostino Gemelli IRCCS, and the Rome Film Fest, the hospital will be screening due films from the Fest lineup. For this 2020 edition, given the need to comply with the health protocols designed to manage the COVID-19 pandemic, it has been decided to stream the films selected for viewing by patients of the hospital, who can watch the films directly on their TV screens in their own rooms. The collaboration with the Rome Film Fest attests to the importance of quality films as a tool that integrates treatment and rehabilitation in the face of patients’ suffering and fragility.
www.medicinema-Italy.org

The Lazio Region joins forces with the Rome Film Fest to bring screenings of its films to the region’s shelters for women who are victims of violence by their partners and who are trying to rebuild their own identities and regain their independence.

Lazio Region president Nicola Zingaretti has always considered Lazio to be the home of film and the audiovisual industry. For this reason, and thanks to a technological outfitting of the facilities courtesy of the Lazio Region, guests of the women’s shelters, often accompanied by their children, will be able to seen screenings of the film premieres streamed during the Rome Film Fest.

The aim is for cinema, with its vast range of emotions, to become a catalyst for growth and cohesion for all members of our society.

The network of services for women in the Lazio Region now includes twenty-six Centers against violence, nine women’s shelters and a semi-independent living facility, and the numbers are growing all the time.

If you are a woman and a victim of violence, know that you are not alone. You can ask for help by calling the national number Against Violence and Stalking, 1522, operative 24/7.

After the excellent results in 2019, which allowed the Fest to save on using 100,000 plastic bottles, the initiative “Go Plastic Free” continues this year as well. Thanks to the support of AQuachiara, a company that specializes in the ultra-filtration of drinking water, and the association Marevivo, the Rome Film Fest is reducing the use of plastic during the event. All badge-holders will be given reusable water bottles, and dispensers of ultra-filtered water will be available to Fest guests. Thanks to this project, during the Fest the use of an estimated 50,000 plastic bottles will be avoided.

For the Rome Film Fest, Save the Children – the Organization that for over 100 years has fought to save children at risk and guarantee them a future – will cast light on the condition of millions of children around the world who risk seeing their future denied by the consequences of the Covid pandemic.
The children will be the protagonists of a musical event that will take place on the red carpet and that – in a tribute to Maestro Ennio Morricone by the children of the Orchestra “I Giovani Musici” di Roma, students of the “L’Insieme” School of Music – will spread the message of the “Protect the Children” campaign, the aim of which is to provide food, schooling and protection to so many minors, in Italy and around the world, struck by the devastating socio-economic impact of the pandemic. A campaign that everyone can sustain by sending a text message or calling the number 45533 from a landline from October 19th to December 31st. 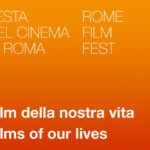