#RomaFF15 | Other Events of the Rome Film Fest 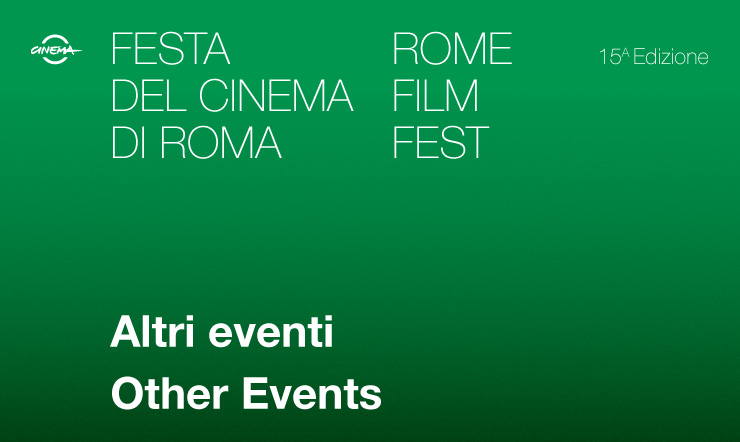 “Nothing will be the same again”, five words: nothing-will-be-the-same-again.
During the lockdown, our lives changed. Il Giro del Palazzo (A Walk Around The Building) tells the photographic and audio-visual story, based on photographs, texts, voice and sound, of the time between March 9th and May 4th 2020. The working-class district of the Testaccio in Rome is the stage for this story: its walls, its inhabitants, its silent noises.
A tour within a radius of 200 metres around the home: that is the new unit of measure of our freedom during the Covid-19 pandemic. And so we are given the chance to discover what it is we have lost. Merely by walking around our building. The project was conceived and developed by the photographer and author Alessandro Montanari in pictures that illustrate the lockdown and is accompanied by a biting but never rhetorical text by the former director of the daily newspaper “LaNazione”, Giuseppe Mascambruno. The actor Francesco Montanari (Il Libanese in the series Romanzo criminale), interprets these words with his voice. The final result is moving and striking in its expressive intensity. On October 24th, in the space of the Teatro Studio Borgna in the Auditorium Parco della Musica, Francesco Montanari and the duo of producers Coreless Collective will give a live performance respectively of the text and the original soundtrack of the “Giro del Palazzo”, while images of the project will be projected behind them.
Credits: Curator: Valentina Galimberti, Artistic Director: Alessandro Montanari, Director And Photographer: Alessandro Montanari, Text: Giuseppe Mascambruno, Voice: Francesco Montanari, Sound Track: Coreless Collective, Graphic Design: Emiliano Luciani

18 September – 1 November 2020 | Palazzo Merulana (Via Merulana 121, Rome)
Through November 1st, Palazzo Merulana, born out of the synergetic partnership between the Fondazione Elena e Claudia Cerasi and CoopCulture, will be the venue, under the patronage of the Rome Film Fest, for the film-photography exhibition Vittorio Storaro: Scrivere con la Luce. A selection of 70 images, created with the technique of double exposure, taken from the most famous works of the Maestro, a three-time Oscar winner, and matched with reproductions of art works that inspired Storaro. Thanks to CoopCulture, the exhibition comes to Rome for the first time, following a national and international tour.

AGAINST THE GROWING TREND OF VIOLENCE AGAINST WOMEN

Sorgente Group takes part in the Rome Film Fest with an art installation in the square named after master filmmaker Federico Fellini, located at the top of Via Veneto. The installation celebrates the hundredth anniversary of his birth and also speaks out against the growing trend of violence against women, by means of a statue of the legendary actress Anna Magnani seated on a red bench.
The artwork, conceived by Paola Mainetti, will be on display from October 15th to 25th.

From October 16-18, the VRE – Virtual Reality Experience returns: the international festival is dedicated entirely to the immersive technologies that are changing our future, from cinema to art, from medicine to music and science, from communication to the business world.
VRE20 – Extended edition: Official Selection on the VeeR Platform, Virtual Reality Experience at the MAXXI Museum; Art Performance at Villa Maraini; Talk ibride in Aula Magna, La Sapienza.
Free Admission – upon reservation – for live events.

Rain or shine, by day and by night, and during the lockdown, the construction of the new Genoa Bridge never stopped, as a contemporary landmark came into being. In just 12 months, looking back on a national tragedy and ahead to a historic feat, the manpower and brainpower of a team of over 1,000 from all over Italy got to work. This film is a rendering of an extraordinary human endeavor, the emotions involved, and the story of the building of an idea, not just a bridge. This gravity-defying bridge was a unifier. The ‘white vessel’ that was the brainchild of visionary Renzo Piano took shape thanks to the steel forged in the Fincantieri factories. This was a project made by man, and not just one, but a multitude that took part in the dream of erecting the bridge suspended between wind and sky.

THE ROME FILM FEST AT THE TEATRO PALLADIUM
17 – 23 October | Teatro Palladium (Piazza Bartolomeo Romano 8, Rome)
The Teatro Palladium, a historic Roman theater now owned by the Rome Tre University, will be hosting a number of screenings of films on the Rome Film Fest lineup. This initiative was made possible by an agreement establishing a joint collaboration between the Fondazione Roma Tre Teatro Palladium and the Fondazione Cinema per Roma, aimed at promoting films selected for the Rome Film Fest and expanding their audiences to include university students in particular. La Fondazione Roma Tre Teatro Palladium, which manages the theater, is committed to supporting training and the creation of artworks in the fields of theater, cinema, music and dance, with a special focus on initiatives developed by young people themselves.
Info: http://teatropalladium.uniroma3.it/

The Lazio Region is glad to be back at the Rome Film Fest this year. From October 15th to the 25th, its meeting space at the Auditorium Parco della Musica will be hosting its CineCampus classes and a packed program of presentations of Lazio-wide initiatives coordinated by the Roma Lazio Film Commission. These presentations will be streamed so that film professionals, media and audiences alike can follow the proceedings. For over ten years, the Roma Lazio Film Commission has been arranging these training courses on the occasion of the Film Fest. The CineCampus Masterclasses are devoted to acting, directing and screenwriting, while the CineCampus Atelier classes cover the technical side of filmmaking: cinematography, editing, special effects and more. The Lazio Region meeting space will also host presentations of festivals, film showcases and other initiatives in the Lazio region. The full calendar of its activities will be available on its website www.romalaziofilmcommission.it and on social media.

This year four independent bookstores in Rome will involve some of their readers in the streaming of films presented at the Rome Film Fest.
The bookstores, scattered across the territory, are Altroquando in the city centre in Via del Governo Vecchio, the Piave bookstore in Via Piave near the most important high schools of our city, Tomo-assaggi, in the heart of the university district of San Lorenzo and Acilia Libri, located in one of the suburban districts with greatest attention to cultural activities.
This initiative reinforces the already close bond between the bookstores and the Rome Film Fest, established to support one another in the dissemination of cultural activities in the city.

Alberto Sordi is an inexhaustible goldmine, and not just for cinephiles, fans and scholars of history and social mores. Every time, a careful analysis of the films of Alberto Sordi reveals an aspect of his career to investigate, or an odd fact that opens more doors. In this spirit we tackled the job of making this documentary, well aware of having at our disposal the ample holdings of the archives of Movie Time and Minerva, as well as the assistance of key figures in entertainment, each of whom told us about the Alberto Sordi he or she knew. The film will be presented on the occasion of the inauguration of the exhibition “Alberto Sordi. L’umanità fragile. Immagini dall’Archivio della Fondazione 3M”, which has been arranged at the Casa del Cinema on the hundredth anniversary of the birth of the iconic Roman actor.

A man accompanies his woman for the first time to discover his native land, Calabria, a land bordered by two seas, with uncontaminated mountains and forests, a rich history, culture and nature, with beaches of breath-taking colour and rocky coasts toasted by the sun. The story of Calabria, Terra mia will follow an emotional route offering suggestive images, which thanks to the sensibility of the great director Gabriele Muccino will help us discover its fragrant fruit, crystalline waters, magnificent hilltowns, its wilderness and the most enchanted corners of the Calabria region.
Attending will be the president of the Regione Calabria On. Santelli, the producer Alessandro Passadore, the director Gabriele Muccino and the cast composed of Raoul Bova and Rocío Muñoz Morales.

A visual and historical but mainly emotional journey that explores one of the key phenomena in the physical and psychic saga of our nation: earthquakes. If Italy is a body, every earthquake is a heart attack. Alessandro Preziosi, who directed and appears in the film, witnessed the 1980 earthquake in Irpinia at a very young age. His quest takes us to Belìce in Sicily, struck in 1968, as well as Friuli, Assisi, l’Aquila, and Amatrice, for a tale of earthquakes but also experience, humanity, and reconstruction. Using remarkable archival footage and the words of eyewitnesses and experts, as well as a sophisticated yet highly empathetic perspective, this original film maps out something that touches us deeply, and always has.

The past interlaces with the present: the discovery of a mysterious yellowed photograph depicting a little girl will lead Christian and Jewish students to search for the truth. They undertake a journey through the memory of a painful past that is hard to forget, such as the memory of the raid on the Jewish ghetto of Rome.

THE ROME FILM FEST AT THE TEATRO TOR BELLA MONACA
The Rome Film Fest opens towards a new district within the city, inaugurating its outdoor space at the Teatro di Tor Bella Monaca under the aegis of the RIF, the Museum of the Suburbs. This synergy moves in the direction of the constant, and each year growing, involvement of the city and the spaces outside the heart of the Fest. This space will enjoy a programme based on musical themes, which underlie all four films to be screened at the Teatro di Tor Bella Monaca. The line-up will include Disco Ruin – 40 anni di club culture italiana by Lisa Bosi and Francesca Zerbetto, Porto Rubino by Fabrizio Fichera, Siamo in un film di Alberto Sordi? by Steve Della Casa and Caterina Taricano, We Are the Thousand – L’incredibile storia di Rockin’1000 by Anita Rivaroli.

The Rome Film Fest and the Agenda Tevere Onlus association bring cinema into the green space with the most powerful history and symbolism in the Capital: Piazza Tevere. Since September 5th, thanks to the Agenda Tevere Onlus and its partners, the stretch of the Tiber riverbank between Ponte Mazzini and Ponte Sisto, open to culture for many years thanks to the works of the South African artist William Kentridge in particular, has been transformed into a great piazza for relaxation, debate, art, music and now cinema. With Ponte Sisto in the immediate background, Federico Fellini will be celebrated with a screening-event to commemorate the one-hundredth anniversary of the birth of the great director from Rimini.
The installation at Piazza Tevere 2020 was promoted by the Agenda Tevere Onlus with the Associazione Italiana di Architettura del Paesaggio (AIAPP) and the association of builders of green (Assoverde) with the support of the Tevereterno association, was sponsored by the following companies: Acea, Italgas, Terna, Rainbird and plasticWOOD.it, and built by the Ufficio Speciale Tevere of Roma Capitale.

On the occasion of the 15th annual Rome Film Fest, NABA, the New Accademy di Fine Arts, presents a selection of short films made by students in its three-year program in Media Design and Multimedia Arts, with a major in filmmaking. The films examine the universal theme of personal relations as seen through the eyes of the up-and-coming generation and are audiovisual accounts of the experience of the lockdown that involved all of us during the COVID-19 pandemic. The shorts have been selected by a jury composed of Eros Gioetto and Marianna Schivardi, both on the NABA faculty, under the supervision of Vincenzo Cuccia, Course Leader of the three-year program in Media Design and Multimedia Arts, as well as professionals and consultants from the Fondazione Cinema per Roma. 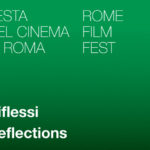 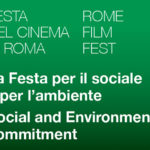