Santa subito by Alessandro Piva is the winner of the “BNL People’s Choice Award” at the 14th Rome Film Fest.

The “BNL People’s Choice Award”, in collaboration with BNL Group BNP Paribas, Main Partner of Rome Film Fest, was awarded by the viewers: the audience cast its vote for the films in the Official Selection using myCicero, the official app “RomeFilmFest” (developed by Pluservice), and on the website www.romacinemafest.org

Bari, late 1980s. Santa is just under the age of twenty, and like every young girl harbours dreams and anxieties, which she entrusts to her diary. Her heart burns with her Christian faith and her thirst for life: she is determined in her desire to follow her spiritual vocation, but not before graduating from college, as agreed with her parents. But someone steps in between Santa and her aspirations. A man she met by chance during parish activities starts to stalk her, send her raving letters, and follow her everywhere for three long years, continuing undisturbed despite her many reports to the police. On March 15th 1991, Santa was stabbed thirteen times, putting an end to her life. Could such an epilogue have been avoided?

I heard about Santa Scorese’s story during a public event in which her sister Rosa Maria spoke, and which struck me in particular for her concluding thoughts: Santa was not the only victim of this tragedy. In an admirable moment of realization, Rosa Maria noted that her sister’s stalker could have been stopped in time so that he would not hurt himself or others. The institutions of the time were unprepared however to deal with issues such as violence against women or stalking, leading straight to this pre-ordained outcome.I therefore decided to tell this story and to do so through the voices of Santa’s friends and relatives, asking them to talk about her as if she were still alive, and going back to the years in which she was enthusiastically planning her future. The story changes tone when the figure of the stalker bursts in and the protagonists’ accounts become painful and participatory. This story is dedicated to those who remain to face their grief alone, following the dismay caused by a sudden and absurd loss. From femicide to martyrdom, Santa subito to tells the story of a self-fulfilling prophecy. The paradigm of too many other stories with the same finale: my small, personal appeal to not leave women alone, when they are at the mercy of mental illness disguised as love.

Alessandro Piva became a director following a career as a photographer, film editor and screenwriter. His works as a documentarist won him the Premio Libero Bizzarri and a Premio Fedic Special Mention at the Venice Film Festival, along with a nomination for a David di Donatello. As a film director, he has made four feature-length films: LaCapaGira, presented at the Berlin Film Festival and winner of many awards including the David di Donatello and a Ciak d’Oro 2000; Mio cognato presented at the Festival of Locarno, which received three nominations for the Nastro d’Argento awards 2004; Henry, presented at the Festival di Torino in 2010, winning the People’s Choice Award; Milionari, presented at the Rome Film Fest, and nominated for the Nastro d’Argento in 2016. 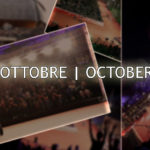 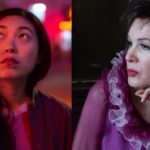