The CINEDAYS of Rome City of Film 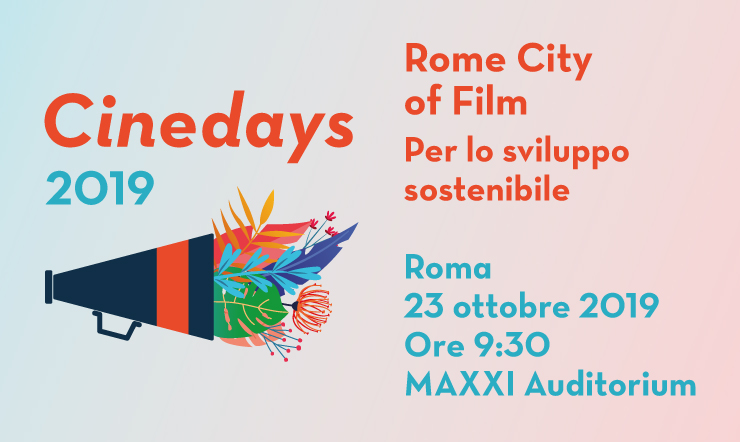 On Wednesday, October 23rd, starting at 9:30, the Rome Film Fest hosts the annual gathering ‘’The Cinedays of Rome City of Film”. This year, the conference focuses on the timeline proposed by the UN’s 2030 Agenda and links film, environmental concerns and sustainability. Sustainable development entails a compatibility between economic growth and measures to safeguard the environment; such growth needs to be planned with respect for the environment as its ultimate goal. The basic premise of the Cinedays 2019 event, therefore, is that environmental protection concerns all areas of the economy, including the film industry. The panel discussion offers an opportunity to examine the latest developments in the synergy between sustainable growth, national and international cooperation, and creative initiatives in the audiovisual field, in light of the 2030 Agenda and the Paris Agreement on climate change.

This year’s speakers and topics are as follows:

Policies that cinema, with its narratives, can put in place in order to raise awareness of the need to protect our planet | Moderator: Mario Sesti

Speaker: Valentino Catricalà, Director, Art Division of Maker Faire – The European Edition (Rome Chamber of Commerce) and Member of the Scientific Committee for the Nomination of Isola del Liri as a UNESCO Creative City of Media Arts

In December 2015, Rome, designated ‘Rome City of Film’, joined the UNESCO Creative Cities Network, which includes 180 cities in 72 countries. Rome belongs to the city of film cluster (film and audiovisual sector), in recognition of the distinctive calling, creative identity and professional, economic and cultural status of Italy’s capital. The project, promoted by Roma Capitale, is managed by the Fondazione Cinema per Roma and supported by the key players in the film and audiovisual industry in Rome and the region of Lazio (Luce Cinecittà, RAI CINEMA, Roma Lazio Film Commission, and Casa del Cinema). 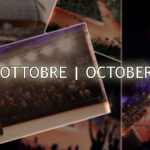