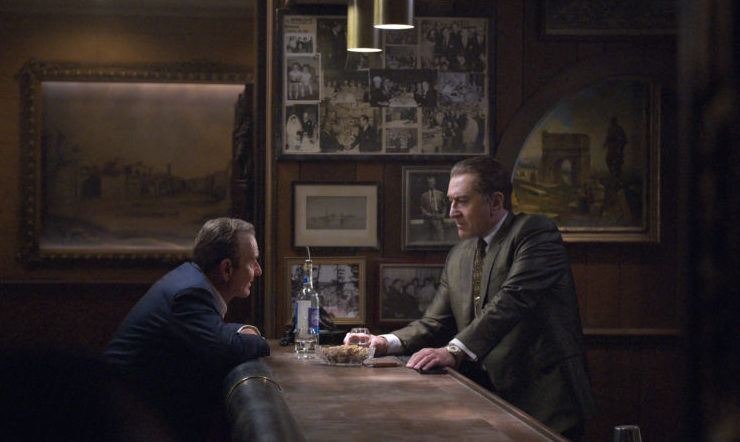 On Monday, October 21st, the 2019 Rome Film Fest will be hosting Martin Scorsese presenting his hotly-anticipated new film The Irishman, which will be screened at 7:30 pm in the Sala Sinopoli at the Auditorium Parco della Musica. In The Irishman, America’s master filmmaker brings to the big screen an epic saga of organized crime in post-war America told through the eyes of World War II veteran Frank Sheeran, a hustler and hitman who worked alongside some of the most notorious figures of the 20th century. Spanning decades of history, the film, based on the book “I Heard You Paint Houses: Frank “The Irishman” Sheeran and the Closing of the Case on Jimmy Hoffa” by Charles Brandt, chronicles one of the greatest unsolved mysteries in American history, the disappearance of legendary union boss Jimmy Hoffa, and offers a monumental journey through the hidden corridors of organized crime: its inner workings, rivalries and connections to mainstream politics.

The Official Selection will see three more of its films on the programme for Monday, October 21st. At 8 pm, the Sala Petrassi will host a screening of Deux by Italian director Filippo Meneghetti, a first film of a remarkable sensitivity and elegance. Two retired women, Nina and Madeleine, have secretly been in love for decades. Everybody, including Madeleine’s family, thinks they are simply neighbours, sharing the top floor of their building. They come and go between their two apartments, enjoying the affection and the pleasures of daily life together, until an unforeseen event turns their relationship upside down and leads Madeleine’s daughter to unravel the truth about them.

In the same theatre at 10:30 pm, Werner Herzog’s film Nomad: In the Footsteps of Bruce Chatwin will be screened. In his new film, the visionary filmmaker offers a portrait of one of the 20th century’s most charismatic writers. When Chatwin was dying, he summoned his friend Werner Herzog, asking to see his recent film about tribesmen of the Sahara. In exchange, as a parting gift, Chatwin gave Herzog the rucksack he had carried on his travels around the world. 30 years later, carrying the rucksack, Herzog sets out on his own journey, inspired by their shared passion for the nomadic life. Along the way, Herzog discovers stories of dinosaurs, lost tribes, Aboriginal traditions, wanderers and dreamers. From Patagonia, to Wales, to Australia, the journey explores human restlessness and wandering.

At 9:30 pm, the Teatro Studio Gianni Borgna Sala SIAE hosts a screening of Trois jours et une vie by Nicolas Boukhrief, a noir set in a rural, forested heartland, imbued with sorrow and secrecy, and based on a bestseller by Pierre Lemaitre. On Christmas day, in a mining town on the border between France and Belgium, a little boy disappears, never to be seen again. Another boy, his friend, is the only one who knows why he vanished.

Earlier in the day, at 5:30 pm in the same theater, the new series “Fedeltà/Tradimenti” continues with Luca Barbareschi discussing the screen adaptations of works by David Mamet. And there are two events on the programme of the Fest’s other new format, the “Duel” series, in which two well-known arts personalities go “head to head” on films, film figures or issues that are cinema-related. At 11 am at the MACRO Asilo, Francesco Zippel and Simone Emiliani will face off over Charlie Chaplin and Buster Keaton, while at 6 pm Elena Stancanelli and Michele Masneri take on icons Franca Valeri and Alberto Sordi in the same venue.

At the MAXXI Museum at 3:30 pm, there will be a screening of Oltre la sala by Giovanna Ventura, a fascinating look at how television has covered cinema: courtesy of top-notch reporters, Lello Bersani and Carlo Mazzarella; and film critics Gian Luigi Rondi, and Claudio G. Fava, along with the legendary Lietta Tornabuoni, Natalia Aspesi, Beniamino Placido, Sergio Zavoli and Enzo Biagi. The film will be presented by the director, together with Vincenzo Mollica, Laura Delli Colli, and Cecilia Valmarana.

At 7:30 pm, for the Riflessi section, the MAXXI will host a screening of Moka Noir: a Omegna non si beve più caffè by Erik Bernasconi. In the last century, in Omegna, an Italian industrial housewares district was developed by companies such as Bialetti, Alessi and Piazza, manufacturers of objects that found their place in kitchens all over the world. That golden age has ended, leaving an immense void dotted with abandoned factories.

At 9:30 pm, the MAXXI hosts another screening: Lesson From a Calf by Kore-eda Hirokazu, as part of the Roman retrospective devoted to the great Japanese filmmaker.

Casa del Cinema has three evening screenings on the programme for Monday: at 6 pm and 10 pm respectively, two films from the Max Ophüls retrospective, Without Tomorrow and From Mayerling to Sarajevo. In between, for the Films of Our Lives section, Remember the Night by Mitchell Leisen.

At the Teatro Palladium at 8:30 pm, the Film Fest’s programme of tributes features a screening of Turi Ferro – L’ultimo Prospero by Daniele Gonciaruk. Many consider Turi Ferro a precursor of later trends in Sicilian playwriting especially, with his reinvention of styles and characters. The documentary retraces the steps of his life and career.

As it does every year, Rome Film Fest hosts the Rebibbia Festival, with screenings, talks, and workshops for the inmates of the Roman prison, at the Auditorium at Rebibbia Prison itself and the MAXXI Auditorium. The first event takes place tomorrow, Monday, October 21, at 5:30 pm at the MAXXI Auditorium, with a unique discussion on the theme “Italian Cinema Looks at Prison, 1955- 2019”. During the event, moderated by Mario Sesti and featuring Giuliano Amato (Constitutional Court judge), Carmelo Cantone (Superintendent of the Lazio Penitentiaries), and Fabio Cavalli (filmmaker), short clips from famous Italian films will be shown. The films include Accadde al penitenziario by Giorgio Bianchi (1955), starring Aldo Fabrizi as a prison guard; Detenuto in attesa di giudizio by Nanni Loy, Forever Mary by Marco Risi, and Caesar Must Die by the Taviani brothers; up to this year’s Viaggio in Italia: la Corte Costituzionale nelle Carceri by Fabio Cavalli. Giuliano Amato will report on his meeting with young inmates convicted of camorra-related crimes, doing time on the “Prison Island” Nisida. Free admission.

After the interest and acclaim it attracted during last year’s Rome Film Fest, this year, as well, the music series “Il magico accordo: cinema and jazz” returns to Rome. Starting tomorrow, Monday, October 21st, and through October 23rd, Casa del Jazz will be hosting in three evening events (at 9 pm) featuring onstage conversations, screenings of clips, and above all, live music. The series of events curated by Luciano Linzi and Mario Sesti gets underway on Monday, October 21st, with “Jazz Italian Style: Armando Trovajoli”, during which guest artist Danilo Rea (piano) and guest speaker Luigi Onori, jazz historian, will look back on the career of the virtuoso pianist and legendary composer of film scores. This year, in fact, marks the 70th anniversary of Trovajoli’s participation in the Jazz Festival of Paris, the only Italian alongside Charlie Parker and Miles Davis. 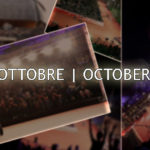 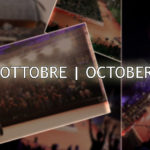