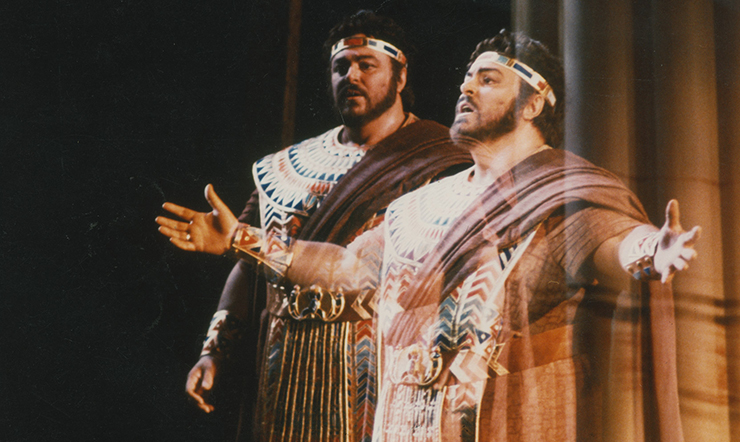 On the second day of Rome Film Fest programme, the 14th Rome Film Fest will be celebrating the three-time Academy Award-nominee Edward Norton. On Friday, October 18th, at 5:30 pm, the filmmaker, actor and screenwriter will step up to the stage of the Sala Sinopoli at the Auditorium Parco della Musica and share with audience the defining moments of his film career and comment on clips from some of his most memorable films. He will also discuss his second directorial effort, Motherless Brooklyn, the opening film of this edition.

At 7:30 pm in the Sala Sinopoli, the Oscar®-winning filmmaker Ron Howard will be on hand for the screening of his film Pavarotti, after walking the red carpet at 6:45; he’ll also be on stage for a conversation on Saturday, October 19th and he will illustrate the life, career and enduring legacy of the great Italian tenor by means of never-before-seen film footage and rare interviews with family and friends of the singer. “One of Pavarotti’s most ambitious goals was to broaden the reach of his art so that more people would fall in love with opera,” the director declares. “So I also personally hope that our documentary might help continue that work. Pavarotti grew up in a culture where opera was popular entertainment and it spoke to everyone. He always wanted to return opera to those roots in the modern world. His humility is one of the most beautiful and paradoxical things about Luciano.”

Four more films from the Official Selection are screening tomorrow.

At 10 pm, the Sala Sinopoli hosts another screening: The Aeronauts by Tom Harper. In 1862, daredevil balloon pilot Amelia Wren teams up with pioneering meteorologist James Glaisher to advance human knowledge of the weather and fly higher than anyone in history. While breaking records and furthering scientific discovery, their voyage to the very edge of existence helps the unlikely pair find their place in the world they have left far below them, so small seen from above.

At 8 pm in the Sala Petrassi, there will be the screening of Antigone by Sophie Deraspe. “It was around the age of 20 that I was struck by my reading of Antigone: her intelligence, her sincerity, her incorruptibility immediately seduced me,” says the filmmaker. “I wanted to bring to life, in our time and in the social context of our Western cities, the integrity of Antigone, her sense of justice and her capacity for love. I also wanted Antigone to remain very young (16 years old) and physically small, in order to bring out the inner strength of this person who opposes her personal values to the official laws of men.”

For its last Friday screening, the Sala Petrassi, at 10:30 pm, hosts Scary Stories to Tell in the Dark by André Øvredal. The year is 1968 in the United States, and the winds of change are blowing strong, while far from the uprisings in the major cities lies the town of Mill Valley, over which the Bellows family has for generations cast its long shadow: in their house, located on the edges of the city, Sarah, a girl who conceals terrible secrets, has transformed her tormented existence into a series of scary stories, written in a book that has reached beyond the boundaries of time, stories that become far too realistic for a group of young people who, on the night of Halloween, delve into Sarah’s terrifying case, to solve the mystery that surrounds several macabre deaths that have taken place in their town.

And at 9:30 pm in the Teatro Studio Gianni Borgna Sala SIAE, Festgoers can catch the screening of Tantas Almas by Nicolás Rincón Gille. The film is set in Colombia, on the banks of the river Magdalena Medio. José returns to his home deep in the jungle after a long fishing night to discover that paramilitary forces have killed his two sons, Dionisio and Rafael, and thrown their bodies into the river. José begins a lonely journey to retrieve and provide a proper burial for his boys, preventing their tormented souls from being stuck in this world. Aboard his canoe, José discovers the magic of a country torn in pieces.

In the Sala Petrassi at 5:30 pm, the Riflessi lineup kicks up with Bar Giuseppe by Giulio Base. Giuseppe is a man of few words. His silences need to be deciphered; his hands mean more to him than his mouth, and his work more than any words. Giuseppe has courage: he runs the risk of being the talk of the village and marries a refugee from afar. He is a working man who willingly goes up against a small-town way of thinking. The world can be an awful place, yet there are good people as well; Giuseppe is a representative of those people.

And on Friday afternoon at 4 pm, at the Teatro Studio Gianni Borgna Sala SIAE, the Fest’s new talk series “Loyalty/Betrayals” gets underway with author Melania Mazzucci, winner of the Strega Prize for her novel Vita; she will be weighing in on the relationship between the literary classic The Last of the Mohicans, by James Fenimore Cooper, and its adaptation for the silver screen.

In the Cinema Village, the Frecciarossa Cinema Hall will host a screening of Metello by Mauro Bolognini (at 3 pm), as part of the Fest’s tribute to costume designer Piero Tosi. For Bolognini, realism was less important than the psychology of the characters, the film’s emotional intensity, its melodramatic pathos and fin-de-siècle mood; but also the elegance of the mise-en-scène and the artistry of the lighting, which evoked the canvases of the Macchiaioli painters. At 5:30 pm, the same theater hosts a screening of the restored version (by the CSC- National Film Library and Istituto Luce – Cinecittà) of Ermanno Olmi’s The Profession of Arms. Olmi’s masterpiece recounts the last days of Giovanni de’ Medici, or ‘delle Bande Nere’, as he was known: the “noble, valorous captain”, in Aretino’s words, of Pope Clement VII’s army.

At 7:30 pm, the MAXXI Auditorium will be holding a screening of That Click by Luca Severi (in the Riflessi section). The documentary looks at the life and times and superb photographs of Douglas Kirkland, who captured sixty years of popular culture, his work ranging from photojournalism to portraits of famous people, and from set photos to photo reporting on major global events. After taking some of the most famous pictures of Marilyn Monroe, he applied his unique style and approach to his art to take on the fashion world and celebrities of all kinds in his immortal images.

Earlier in the day, at 4:30 pm, the same theater at the MAXXI will be hosting a screening of The Tree of Life by Terrence Malick, the first film on the theme of spirituality in a series that is part of the museum’s exhibition “Della materia spirituale dell’arte”, running from October 17th until March 8th, 2020.

And at Casa del Cinema, one of the titles in the Films of Our Lives section will be screened: The Lady Eve by Preston Sturges, selected by Francesco Zippel, a member of the Rome Film Fest Selection Committee.

Numerous repeat screenings are on the programme. The Frecciarossa Cinema Hall hosts Pavarotti by Ron Howard (8 pm) and The Aeronauts by Tom Harper (10:30 pm), while Teatro Studio Gianni Borgna Sala SIAE will hold a screening of La giostra dei giganti by Jacopo Rondinelli, and at My Cityplex Savoy Festgoers can catch Motherless Brooklyn by Edward Norton (8 pm). 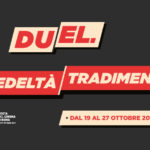 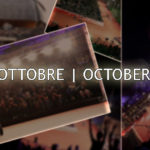