#RomaFF14 | Rome Film Fest in the city, from the centre to the outskirts 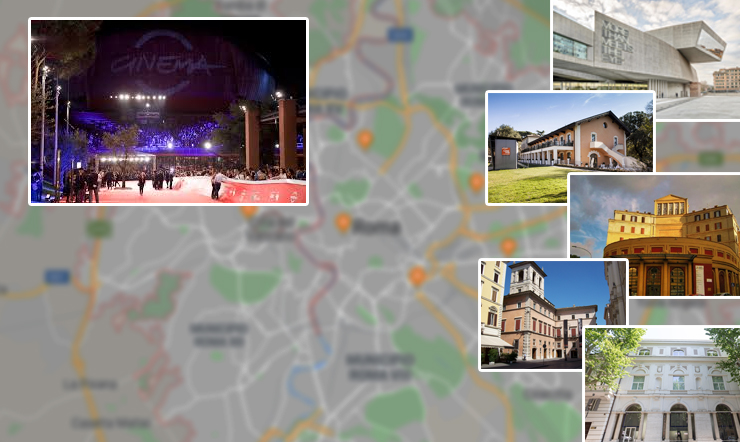 Since its very first edition, the Rome Film Fest has revolved around the Auditorium Parco della Musica with screenings, onstage conversations, events, exhibitions, conferences and debates. The building complex designed by Renzo Piano is home to the major screening rooms (Sala Sinopoli, Sala Petrassi, Teatro Studio Gianni Borgna Sala SIAE, AuditoriumArte), and exhibition spaces (the foyer of the Sala Sinopoli will host the exhibition “Cecchi Gori. An Italian family”). The 1,300 square metres of the avenue leading to the open-air amphitheatre of the Cavea will become one of the largest red carpets in the world.

The Cinema Village stands in front of the Auditorium: it will feature numerous pavilions and stands made of steel, glass, and wood, designed to offer Rome Film Fest audiences information and services.

This year, the Foodopolis food-service area returns to the Cinema Village: curated by Noao, this is a format, focusing on fine food and wine, devised to highlight the products and cuisine of the Apulia region: it will feature a restaurant, the Vineria wine bar, a Cocktail bar, an area dedicated to street food and the Food Market. The Cinema Village will also host an info-point, a ticket office, a BNL automatic cash dispenser and other spaces for the partners of the Rome Film Fest, designated as reception and promotion areas. With the support of the Italian railways, the Ferrovie dello Stato Italiane, a large 300-seat movie theatre known as the Frecciarossa Cinema Hall has been built there.

As is tradition by now, Rome Film Fest also reaches out to the rest of the Capital city, collaborating with the most interesting cultural institutions and initiatives in the greater Rome metropolitan area.

The Auditorium at MAXXI – National Museum of XXI Century Arts, will be the venue for the films in the Riflessi section, the retrospective on Kore-eda Hirokazu, Tributes, Restored Films, for conferences and conversations and several screenings from the Other Events section at the Fest. The MAXXI will also present the special animated short film titled “La giostra di Nina”, Nina’s Carousel, a film project by Valerio Berrutti, and the monumental installation by the same name will be inaugurated in the atrium of the museum. The Spazio extra will host the exhibition “Altan. Pimpa, Cipputi and other thinkers”.

La Casa del Cinema will screen five pre-opening films of the Fest, the restored version of Fellini Satyricon, the films and masterclasses included in the Retrospective on Max Ophüls, and the line-up from the Films of Our Lives section. The Cityplex Savoy will show the repeat screenings of the films from the fourteenth edition. The Teatro dell’Opera and the Multisala Barberini will be the venues for the first two pre-opening films of the Rome Film Fest 2019. The Teatro Palladium will be hosting the repeat screenings of the lineup for the Riflessi, Tributes and Other Events sections of the Fest.

MACRO Asilo, Palazzo Altemps and Palazzo Merulana will open for the events in the two new sections of the fourteenth edition: Duel and Loyalty/Betrayals. From October 23rd to October 28th, Palazzo Merulana will display the exhibition “Ragazze”. The Casa del Jazz will host the second edition of “The Magic Chord: Cinema and Jazz” with three events to be held between October 21st and 23rd.

The red carpets return to the most famous streets and squares in Rome. Following last year’s incredible success, from October 17th to the 27th, during the fourteenth Rome Film Fest, “Accadrà sul Red Carpet” (It All Happens on the Red Carpet) will present a programme of music, dance, art and culture that celebrates the world of celluloid film and its special relationship with Rome. A “fringe Fest” in some of the most suggestive locations in the Eternal City, including Via dei Condotti, Via Veneto, Piazza di Pietra, Ponte Sant’Angelo and Via della Frezza, with a series of exhibitions, concerts, performances, encounters that moves out of the perimeter of the Auditorium Parco della Musia to spread deep into the heart of the metropolis. This event is conceived and organized by Hdrà in collaboration with Primo Municipio and Fondazione Cinema per Roma.

For the fourth year in a row, Rome Film Fest returns to the Auditorium of Rome’s Rebibbia Prison (New Annex), with screenings, encounters and workshops at both the Prison Auditorium and the MAXXI Auditorium. The Rebibbia Festival will host a talk entitled “Italian Cinema Looks at Prison, 1955-2019”, the European preview of the docufilm Prison de Rebibbia. L’évasion par le théâtre by Marie David and Viaggio in Italia – la Corte Costituzionale nelle Carceri by Fabio Cavalli. The Rome Film Fest will also be back at the Rebibbia Women’s Prison, with a special tribute to Massimo Troisi; for the first time, the activities of the Fest will also involve the Casa di Reclusione Civitavecchia Passerini with the screening of Fortezza by Ludovica Andò and Emiliano Aiello.

The collaboration between MediCinema Italia Onlus and the Fondazione Policlinico Universitario Agostino Gemelli IRCCS continues for the third year in a row. Concurrently with the screenings at the Auditorium Parco della Musica, patients of the Gemelli hospital and their families will be invited to watch a series of films selected from the official lineup of the Fest.

The Rome Film Fest will also feature four encounters at the Biblioteca Flaminia: the spotlight will be on a group of interesting Italian authors who will present to the public their books about the world of cinema and entertainment. Other venues for events include Casa dell’Architettura, while there will be a series of activities to be held along the Tiber River between Castel Giubileo, the Foro Italico, Ponte della Musica, Scalo de Pinedo, Isola Tiberina. 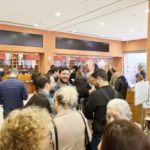 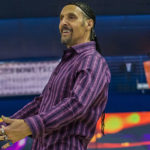