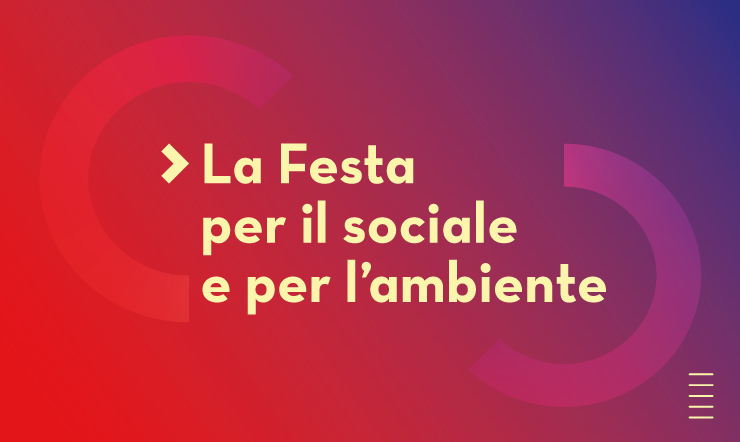 Reusable bottles and water dispensers to limit, where possible, the use of plastic bottles. This is the “Go Plastic Free” initiative that will allow to reduce plastic pollution for the first time during the Rome Film Fest, thanks to the support of Marevivo and AQuachiara – a company specialized in ultra-filtration technologies for the treatment of drinking water. All badge holders will receive reusable water bottles and ultra-filtered water dispensers will be available in the food areas. Every year, in Italy alone, 10 billion plastic bottles are used. 2 billion are dispersed in the environment and in the see, with a huge impact on the planet. Thanks to this project, over 100,000 plastic bottles will be saved during the Rome Film Fest.

For the third year in a row, the MediCinema movie therapy theater inside Rome’s Policlinico Agostino Gemelli Hospital welcomes the Rome Film Fest and turns into one of the event’s off-site venues, hosting several films from the Fest lineup. The screenings will be reserved for patients and family members, as well as the doctors and health care workers at the Gemelli who are involved in the movie therapy protocol. The MediCinema Hall at the Gemelli, inaugurated on April 13, 2016, is a bona fide screening theater, wheelchair-accessible, right on the hospital premises, with movie therapy screenings scheduled twice a week: on Tuesdays for all adult patients and Thursdays for pediatric patients. The program of screenings is designed to offer patients a welcome break from their normal routine, with the latest films shown often upon their release, thanks to the generous collaboration of all the production companies and film distributors. Research has shown that seeing a film produces a “pause button effect” that helps stimulate greater wellbeing, reducing stress and anxiety. The method itself and the management of the MediCinema program, at the national level, has the aim of measuring the clinical outcomes of movie therapy and innovating treatment programs in socio-medical care today. Doctors and researchers have joined forces with the Fondazione Policlinico Universitario Agostino Gemelli IRCCS to develop protocols for clinical trials that will provide further data on the effectiveness of movie therapy in rehabilitation, promoting the use of this therapy to maintain and improve patients’ quality of life.
www.medicinema-italia.org | Communication: Enrico Ercole enricoercole2@gmail.com | Nicola Cerbino nicola.cerbino@policlinicogemelli.it

As it does every year, the Rome Film Fest hosts the Rebibbia Festival, with screenings, talks, and workshops for the inmates of the Roman prison, all held in two venues: the Auditorium at Rebibbia Prison itself and the MAXXI Auditorium. On October 21 at the MAXXI Auditorium, a talk entitled “Italian Cinema Looks at Prison, 1955-2019” will be held from 5:30 to 7:30. The event, moderated by Mario Sesti, alternates short clips from famous Italian films with a discussion on prison life featuring Giuliano Amato (Constitutional Court judge), Carmelo Cantone (Superintendent of the Lazio Penitentiaries), and Fabio Cavalli (filmmaker). The films include Accadde al penitenziario by Giorgio Bianchi (1955), starring Aldo Fabrizi as a prison guard; Detenuto in attesa di giudizio by Nanni Loy, Forever Mary by Marco Risi, and Caesar Must Die by the Taviani brothers; up to this year’s Viaggio in Italia – la Corte Costituzionale nelle Carceri by Fabio Cavalli, featuring Giuliano Amato’s talk with young inmates convicted of camorra-related crimes and doing time on the Nisida “Prison Island”. Free admission. At 4 pm on October 24, the Rebibbia Auditorium plays host to the European premiere of the documentary made by the Franco-German television channel ARTE, Prison de Rebibbia. L’évasion par le théâtre [subtitles in Italian]. Directed by Marie David and produced by Hikari Corporate, the film is based on the play Istruzioni di volo by Laura Andreini Salerno, starring the actor-inmates of Rebibbia Prison. The director and entire cast will be on hand (PREXIT Social Inclusion Project, Lazio Region). Free admission upon accreditation (mandatory) at rebibbiafestival@gmail.com

At 4 pm on October 27, in the Rebibbia Auditorium, the President of the Constitutional Court Giorgio Lattanzi will be meeting with male and female inmates on the occasion of the screening of Viaggio in Italia – la Corte Costituzionale nelle Carceri by Fabio Cavalli, produced by Clipper Media with Rai Cinema. Free admission upon accreditation (mandatory) at rebibbiafestival@gmail.com.

Rebibbia Festival is promoted by La Ribalta – Centro Studi Enrico Maria Salerno, Fondazione Cinema per Roma, and Regional Superintendency of Lazio Penitentiaries. With the support of MiBACT and the Lazio Region. In collaboration with Rai Cinema, Clipper Media, and Hikari Corporate (Fr.), with the Franco-German TV channel ARTE. Many thanks to the Constitutional Court for its participation.

In collaboration with the 14th Rome Film Fest, the theater troupe “Le Donne del Muro Alto”, made up of inmate-actresses at the Women’s Ward of Rome’s Rebibbia Prison, pays homage to actor Massimo Troisi by performing a play directed by stage director Francesca Tricarico. With this new project, to be unveiled on October 26 at 16:00, the association Per Ananke has decided, for the first time, to add a cinematic dimension to its usual theatrical activity, by means of a play, Il Postino di Neruda, that the women inmates felt immediately connected to, thanks to the film version of The Postman. Mario Ruoppolo, the lead character in Il postino, has dreams of cinema and yearns to escape from his daily routine as a fisherman. He also dreams of romance, just like the inmates. Mario discovers that the poetry he needs to make his life less monochrome is not out of reach and never has been; it’s there at his fingertips, on his island, inside him, in everything he feels. Likewise, prison, with its noises, bars and monotony becomes poetry in these women’s minds. In the film, Neruda will always carry the island in his heart, despite its having hosted him in exile, far from home, just as for the inmates, their time in prison will stay with them forever. Since 2013, the association Per Ananke has founded two theater troupes at the Women’s Ward of Rebibbia Prison: Le Donne del Muro Altro (in the maximum-security sector) and Più Voce (in the medium-security sector), both of them under the guidance of stage director Francesca Tricarico. Thanks to: the directors of the Women’s Ward of Rome’s Rebibbia Prison, the Fondazione Cinema per Roma, the Lazio Region, the Prison Police Force and the Pedagogical Area, the Department of Prison Administration, and the Regional Superintendency of Prison Administration. info@ledonnedelmuroalto.it

Filmed inside the Civitavecchia Penitentiary and starring the inmates themselves, who also co-wrote the film, Fortezza is a reworking of Dino Buzzati’s novel “The Tartar Steppe”. A perfect metaphor for the reality of prison life, the film version shows the condition of inmates and the way they waver between resignation and hopes of redemption. As the soldiers await the arrival of the enemy, an enemy who will never appear, they try to give meaning to their posting to the fort as they struggle to resist their attraction to this remote place. Produced by Compagnia Addentro/Associazione Sangue Giusto in collaboration with CPA-Uniroma3, with the support ofRegione Lazio Direzione Regionale Cultura e Politiche Giovanili Area Arti Figurative, Cinema, Audiovisivo e Multimedialità, under the patronage of Garante dei Diritti dei Detenuti del Lazio, Asl Rm4, Comune di Civitavecchia, Fondazione Cariciv.

“Io mi riprendo (I record myself) – audiovisual workshop for teenagers involved in the criminal justice circuit”, now in its second edition, is a project supported by Fondazione Cinema per Roma in collaboration with Arci Solidarietà Onlus, Roberto Rossellini Technical Institute in Rome and Juvenile Justice Centre for the Lazio, Abruzzo and Molise regions. It involved ten boy and girls between the ages of 14 and 19 currently in custody. The initiative arose as part of the project “A Key to the Future” funded by the Tavola Valdese and finalized towards creating pathways for social inclusion, and educational and employment opportunities for minors and young people at risk or already caught within the criminal justice system. This year again, the course has become an important opportunity for education and rehabilitation for the young beneficiaries, in a programme of inclusion and cultural expression, which has become a place to start from or start over, and provides the expressive tools they need to produce an alternative narrative of their history and of their lives. The educational process has been a stimulating experience for the kids, as they acquire the technical understanding of a job, and make a product that can open a window onto the complexity of the teenage world. The project and its results will be presented at the Rome Film Fest.

Once again, this year, the Telethon Foundation will be sponsoring an elegant gala dinner event at the Rome Film Fest, in the name of solidarity. Now in its eleventh year, this exclusive occasion is dedicated to Telethon’s mission and its core values. For nearly thirty years, day in and day out, the Foundation has sought to heed the appeal of individuals and their families coping with rare genetic diseases, by funding the finest scientific research in Italy devoted to these diseases. The Telethon-Rome Film Fest Gala, organized by the Telethon Foundation under organizing director Tiziana Rocca, will take place on October 22 at Villa Miani. The event, under the High Patronage of the President of the Italian Republic, is a very important occasion to support the Foundation’s fundraising activities and is organized under the Patronage of the Lazio Region, in collaboration with Fondazione Cinema per Roma.

EVERY CHILD IS MY CHILD

On Friday October 25th at 9 pm at the Prati Bus District, there will be a Charity Dinner, organized by Désirée Colapietro Petrini and Anna Foglietta with Every child is my child, in collaboration with the Rome Film Fest. The charity event will make it possible, with direct donations, to raise 150,000 euros to support two projects in Turkey, on the border with Syria, both of which have the same goal: to offer protection and guarantee integration, through schooling on site, to the children and young refugees who have had their childhood stolen by war, so that they might truly fit into the social and civil fabric and the job market. The projects are: expansion and everyday management of the activities of the Plaster School, a school that opened in 2017 for children between the ages of 6 and 12, run by the non-profit organization Insieme si può fare led by Lorenzo Locati, and the opening of a new school for children ages 12 to 17 years old similar to the one in Mazì, in Samos, of the non-profit organization Still I Rise led by Nicolò Govoni. The Charity Dinner, made possible by the technical sponsors, will be attended by about 300 people from the world of cinema, business, culture and sports. Like every year, the event will feature a musical guest and a lottery with prizes donated by famous brands and fashion houses, with the attending artists participating on stage. 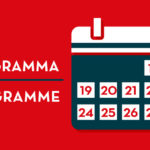 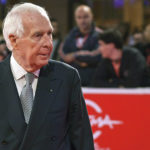 Our thoughts to Paolo Ferrari...