Oscar is born on a stormy night, in a small-town hospital, and it is immediately clear that there’s something extraordinary about him: he doesn’t obey the laws of gravity. He floats in the air as light as a feather, to the amazement of his mother and grandmother. The two women flee with the baby and decide to keep him hidden from the world for many years. Only little Agata knows his secret, until the day when Oscar decides it’s time to tell the world about “the Man without gravity”.

Admission by invitation only | To request an invitation please write to: lusgprenotazioni@gmail.com

The forgotten and rediscovered story of Emma Carelli: an absolute diva of the opera, acclaimed world-wide and one of the first women managers in Italy, director of the Teatro Costanzi (today’s Teatro dell’Opera in Rome) from 1912 to 1926. Extremely popular yet at the same time very innovative, a fearless, free and emancipated spirit: too much for a woman during those years. After reaching the apex of consideration in the public eye, during the Fascist period Emma Carelli soon came under pressure from the private and political spheres. As Italy headed towards the authoritarian regime, the Government took away her theatre, and her partner took away his love. She died a terrible death in 1928, the year that broke all records in the history of Italy for the number of suicides by women. Her story, of gender inequality and violence against women, hidden in the archives for decades, comes back to light in this film. With Licia Maglietta.

Tickets (€ 10) for sale at the Teatro dell’Opera. Info: www.operaroma.it

Prayer, Poverty, Peace. These are the 3 “Ps” that inspire the Comunità di Sant’Egidio. From Santa Maria in Trastevere, every evening the Community’s prayers reach every continent, to contain the “great enemies” of humanity: war, social injustice, disease. At Christmas, the Basilica in Trastevere is transformed into a splendid dining room to which the poor are invited. It is a world turned upside-down, where those who are accustomed to crying smile and sometimes even laugh.

Thirty-eight-year-old Raj lives with his parents and his younger sister, Reena. One day he learns that Reena is not in India as he thought, but in Rome. He leaves India to look for her and discovers unsettling things about her. He understands how oppressed Reena felt by her father’s strict precepts. At the same time, Raj knows those same patriarchal notions are deeply rooted in his own personality, and realizes that this side of him prevents him from accepting the real Reena.

La Giostra dei Giganti presents the world of the Carnival of Viareggio, one of the most important events of its kind in the world, thanks to its splendid allegorical floats and the uniquely satirical approach they take to universal themes. In an account outside the bounds of time, we explore the carnival by looking at moments in the lives of the float builders and the entire Viareggio community, immersing ourselves in a ritual in which social satire, passion and the ephemeral become fundamental ingredients of a powerful ritual that connects the past to the present.

The life and environs of Mario Mieli, activist, intellectual and important artist in 1970s Italy, and one of the founders of the national homosexual movement. His youth and unbridled nightlife in the “Lion’s Den” in Parco Sempione; the encounter with the English activism of the Gay Revolution Front in London; his return home to found the Collettivi Omosessuali MIlanesi; the publication of his essay “Elementi di critica omosessuale”; his popularity on the media and his mental issues.

A spin-off from The Great Lebowski, the film centres on Jesus Quintana, the irreverent bowling champion and Drugo’s adversary.  Fresh out of prison, petty thief Jesus Quintana is ready to roll with his best friend Petey. But first they need some wheels. A vintage muscle car parked in front of an upscale salon catches Jesus’s eye. After getting rid of the car’s owner with some trouble, Jesus and Petey flee the scene with hairdresser Marie in tow. They continue their road trip with an epic petty crime spree and a budding romance that is definitely out of the ordinary.

Admission by invitation only | To request an invitation write to: jesusrollspremiere@gmail.com 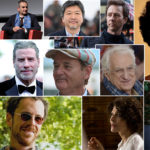