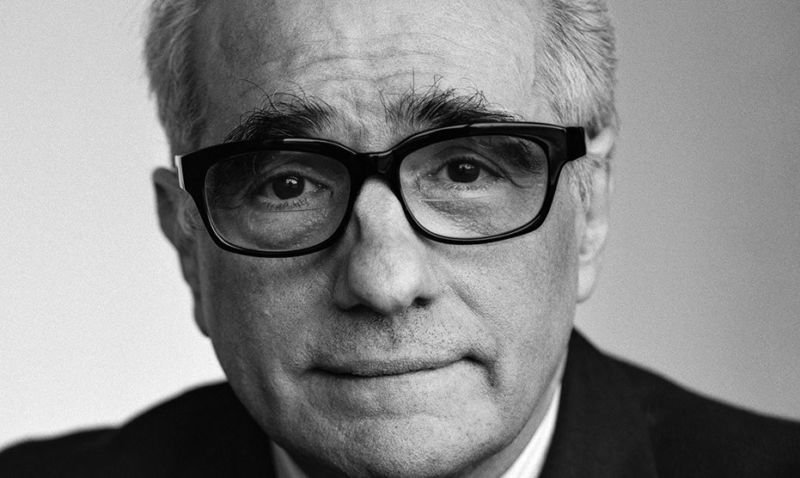 The 13th Rome Film Fest pays homage to Martin Scorsese, one of the greatest filmmakers in the history of the seventh art. On Monday, October 22 at 7 pm in the Sala Sinopoli at the Auditorium Parco della Musica, the American director will receive the Lifetime Achievement Award from filmmaker Paolo Taviani. For the occasion, Scorsese will take the stage for a Close Encounter and will look back at his extraordinary career featuring a series of masterpieces, such as Mean Streets, Taxi Driver, Raging Bull, Goodfellas, Casino, Gangs of New York, The Departed, The Wolf of Wall Street and Silence.

Scorsese will talk about a series of sequences selected among the Italian films that have influenced his life and work the most. The Close Encounter with Martin Scorsese is organized with the support of Campari. Always on the front line when it comes to preserving film heritage, the director has selected for the audience at Rome Film Fest three films that have been restored thanks to the efforts of his The Film Foundation. Tomorrow, Monday, October 22, Teatro Studio Gianni Borgna Sala Siae (4:30 pm) will screen Ganja & Hess by Bill Gunn (1973), restored by The Museum of Modern Art with the support of The Film Foundation. And in light of the extraordinary demand, Rome Film Fest has arranged a second event with Martin Scorsese, who will introduce the screening of San Michele aveva un gallo (Wednesday, October 24 at 4 pm in the Sala Petrassi).

On Monday, three films from the Official Selection have their screenings. At 9 pm, the Sala Sinopoli hosts the premiere of The Hate U Give by George Tillman Jr, based on the bestselling young adult novel of the same name. 16-year-old Starr lives in Garden Heights, a working-class community. Wanting to give her better opportunities, her parents enroll her in Williamson Prep School, a prestigious institute. Now Starr is switching between two worlds: the poor, mostly black, of her neighborhood and the rich, mostly white, of her school. The uneasy balance between these worlds is shattered when Starr witnesses the shooting of her childhood best friend Khalil at the hands of a police officer. As the sole witness, Starr must choose whether to speak up or be silent. Telling the truth could endanger herself and her family by implicating Garden Heights’ drug lord, whom Khalil worked for. As her community cries out for justice for Khalil, Starr begins a journey of self-discovery.

They Shall Not Grow Old (8 pm in the Sala Petrassi) the new film Oscar®-winning director Peter Jackson made on the occasion of the centenary of the end of the First World War. Jackson edited his film using original footage from the British Imperial War Museums’ film archive exclusively, along with audio from BBC archives. The movie uses the voices of the veterans combined with original archival footage to bring to life the reality of war on the front line for a whole new generation. Footage has been colorized, converted to 3D and transformed with modern production techniques to present never-before-seen details.

At 9:30 pm, Teatro Studio Gianni Borgna Sala Siae hosts the premiere of Powrót (Back Home) by Magdalena Łazarkiewicz. “Our generation, which fought for progress and individual liberty, has the painful feeling of moral and mental regress,” the director said. “Freedom has unleashed conservative, petty-bourgeoise, obscurantist and xenophobic attitudes. In our film we want to touch this “contemporary nerve”, so clearly present in our reality: in violence, disintegration of basic family relations and obstruction of one’s social activity. Victims themselves hide this sphere deep within. Our film will aim at a dramatic description of the tension with which both the victims and the perpetrators live.” The screening will be preceded by one of the finalist short films from the “Cuori al buio” competition.

Tomorrow the “Everybody’s Talking About It” section features Boy Erased by Joel Edgerton (Sala Petrassi at 10 pm), based on a true story. Jared, the son of a Baptist pastor in a small American town, is outed to his parents when he is 19. At this point he is faced with a choice: either undergo gay conversion therapy or else be disowned by his family and shunned by his friends, and give up his faith as well. Forced to challenge every aspect of his own identity, Jared reluctantly decides to start the therapy.

For the second year in a row, Rome Film Fest and the Women’s Ward at Rebibbia Prison in Rome have joined forces to create a special programme of screenings curated by Giulia Merenda. On Monday, October 22, there will be the premiere of the documentary Prove di libertà. Roma, quelli dell’articolo 21, directed by Carlo Bolzoni and Guglielmo Del Signore. The screening will take place both in the Sala “Melograno” (at 11 am, reserved for the inmates), and at the MAXXI’s auditorium (at 3 pm, for the general public) and will be preceded by Parole in semilibertà directed by Francesca Tricarico: a stage monologue by Daniela Savu – a former inmate and actress with the troupe “Le donne del muro alto” – which is the account of a female inmate in the Women’s Ward now on day release. The inmates appearing in the documentary have obtained special leaves to attend the screening, accompanied by city councillor Daniele Frongia and Roma Capitale’s guarantor for the rights of persons deprived of liberty, Gabriella Stramaccioni; both have supported the project, together with the Department of Penitentiary Administration.

MAXXI Museum is also the venue for the screenings of two documentaries on the Riflessi lineup: Muse e dei (7:30 pm), which director Gianfrancesco Lazotti has devoted to the personal muses of great filmmakers such as Michelangelo Antonioni, Ettore Scola, Claude Chabrol, Luchino Visconti, and many more, and Linfa (9:30 pm), a tale of freedom and cultural resistance on the underground women’s scene on Rome’s eastern outskirts. The latter screening will be introduced by filmmaker Carlotta Cerquetti and artists Lola Kola, Maria Violenza, Lady Maru, NoChoice, Lilith Primavera, Opa Opa Invasioni Barbariche and Industria Indipendente.

Casa del Jazz will host the second event on the programme “The Magic Chord: Cinema and Jazz”. At 9 pm, pianist, composer and arranger Enrico Pieranunzi meets the audience for an evening devoted to Herbie Hancock and his film scores, including those for the films Blow-Up by Michelangelo Antonioni, Death Wish by Michael Winner and Round Midnight by Bertrand Tavernier.

The programme at Casa del Cinema includes two screenings from the retrospectives curated by Mario Sesti and devoted to Peter Sellers and Maurice Pialat. First up, at 6 pm, is Murder by Death by Robert Moore with Sellers, followed by Passe ton bac d’abord… by Pialat.

Another event that is part of the tribute to Giacomo Leopardi and his poem “L’Infinito” is the Galleria La Nuova Pesa’s project “L’Infinito Presente”, curated by Simona Marchini and held at WeGil: at 7:30 pm, WeGil will host the presentation of a book/art work with contributions by 29 poets and 29 artists, each with his or her own idea of the infinite, with the aim of reaffirming the need for the language of art to counter the poverty of the present.

There will be a large assortment of reruns in Roman movie theatres to choose from on Monday.

Sala Petrassi will be hosting Daughters of the Sexual Revolution: the Untold Story of the Dallas Cowboy Cheerleaders by Dana Adam Shapiro (3:30 pm)) and Fahrenheit 11/9 by Michael Moore (5:30 pm), while Sala Sinopoli will be screening Il vizio della speranza by Edoardo De Angelis (3 pm) and The Miseducation of Cameron Post by Desiree Akhavan (5 pm). Cinema Hall has four repeat screenings on its schedule: Light as Feathers by Rosanne Pel (3 pm), Mia et le lion blanc by Gilles de Maistre (5:30 pm), Beautiful Boy by Felix Van Groeningen (8 pm) and last up, The Hate U Give by George Tillman Jr (10:30 pm).

At MAXXI, Festgoers can catch Correndo atrás by Jeferson De (10 am) The Little Drummer Girl by Park Chan-wook (12 noon), and the special event Who Will Write Our History by Roberta Grossman (5:30 pm). 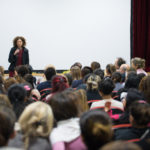 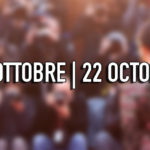