1 November | Five films from the Official Selection, from Europe to the United States and the Middle East 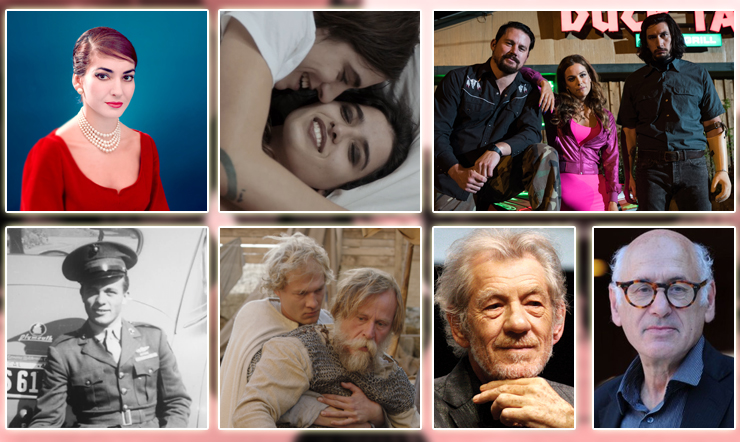 Logan Lucky, the highly anticipated new film by Steven Soderbergh, will be presented tomorrow, Wednesday November 1st, at the 12th Rome Film Fest; at 10 pm in Sala Sinopoli at the Auditorium Parco della Musica, audiences will see the new film by the Oscar®-winning director of Traffic, and the author of famous productions from Sex, Lies and Videotape to Magic Mike. After his incursion into the world of television series with the perturbing Gothic atmospheres of The Knick, Steven Soderbergh returns to the big screen with an epic film that evokes the circumstances and themes of the “Ocean” trilogy. Logan Lucky tells the story of the different phases in a complex and risky burglary that is to take place during one of the most famous and exciting Nascar races.

At 7:30 pm in the same venue, there will be a screening of Maria by Callas: In Her Own Words by Tom Volf. 40 years after her death, a precious and unique film that tells the story of the most famous opera singer of all time. The documentary is filled with previously unreleased images, photographs, super-8 films, private recordings, letters and rare films from the archives shot behind the scenes of the productions, shown in colour for the first time. The story of a memorable life reconstructed in Callas’ own words and in the intimate stories of the protagonists of her time: Onassis, Marilyn Monroe, Alain Delon, Yves Saint-Laurent, John F. Kennedy, Luchino Visconti, Winston Churchill, Grace Kelly, Liz Taylor and many others.

At 6 pm, Sala Petrassi will be the venue for the screening of Scotty and the Secret History of Hollywood by Matt Tyrnauer. The documentary, in pure cinema-vérité style, is a secret history of Hollywood in the pre-Stonewall era. “The film reviews the history of sexuality in the second half of the twentieth century, when the Second World War tore through a Puritan society still stuck in a Victorian-era morality, explains the director. Los Angeles, and the film colony in particular, were a zone of freedom and experimentation. Scotty became a symbol for making it acceptable to have a good time back then.”

At 10:30 pm, in the same venue, the screening will feature Křižáček (Little Crusader), the second film by Vàclav Kadrnka. One summer’s day little Jan, the only descendant of the knight Bořek, puts on his child’s armour and runs away from home in search of the Holy Land. His solitude, his faltering as he stumbles over tree roots, and his efforts to overcome his fear of the dark nevertheless make for an exciting adventure. Having no idea where he is going, however, he soon loses his way. His anxious father sets out in search of his son, yet it seems luck is not on his side.

At 9:30 pm the Teatro Studio Gianni Borgna will hold a screening of One of These Days by Nadim Tabet. The film is a 24-hour chronicle of a group of young people in Beirut, smart, beautiful and hungry for life. Beirut is experiencing yet another terrorist attack with street demonstrations and police checkpoints. For this generation which has known war since birth, it’s sadly just one of those days. They still have the music, their youth and their dreams. They play the game of seduction, fall in and out of love to stave off boredom.

At 5:30 pm, at the 3 and Google Cinema Hall, Ian McKellen, the remarkable Shakespearian actor, winner of a Golden Globe and two Tony awards, nominated for two Oscars®, will take the stage for a Close Encounter with the audience at the Rome Film Fest. The English actor rose to fame around the world as Magneto, in the film saga of the “X-Men”, and in the role of Gandalf, in the trilogies of “The Lord of the Rings” and “The Hobbit”. McKellen will share his deep love for cinema, and in particular his love for the comic genius of Jacques Tati. At 7:30 pm, the actor will be at the MAXXI to present the documentary McKellen: Playing the Part, based on an exclusive fourteen-hour interview conducted by Joe Stephenson, during which the English actor talks about his life: from his education in Wigan to his international rise to fame, including his gay activism. The documentary relies on rare materials from the archives: previously unreleased photographs, exclusive film clips of his early work in the theatre and scenes of daily life shown on the big screen. At 8:30 pm, the spectators in Sala Petrassi can meet Michael Nyman, director, composer, pianist, conductor and musicologist of unparalleled sophistication, who will talk about the tight bonds that tie cinema and music and about his artistic production in the fields of visual arts and photography: his films have been shown in prestigious international cultural institutions such as the Museum of Modern Art in New York, the Tate Modern in London and the British Museum in London.

“The Italian School” is the title of the retrospective curated by Mario Sesti, to be held starting November 1st at the Cinema Trevi, organized with the Centro Sperimentale di Cinematografia – Cineteca Nazionale in collaboration with the Istituto Luce Cinecittà. The retrospective intends to highlight the film genres reinterpreted by Italian cinema (from the western to the thriller), and the ones that it invented (such as the Peplum), and thereby to explore the fundamental, but often lesser-known, work of some of its leading figures, guided by a thousand-year-old tradition of “good taste” and aesthetic talent, in a survey of the skills of the technicians and craftsmen, the cinematographers and editors, the set and costume designers who have made the history of Italian cinema. It will begin with four screenings: Black Eagle by Riccardo Freda (at 4 pm) and Caliber 9 by Fernando Di Leo (at 6 pm), both on the theme of “Speed, Editing, Action”, Umberto D. by Vittorio De Sica (at 8 pm) and His Days Are Numbered by Elio Petri (at 10 pm), on the theme of “The Solitude of the Metropolis, The Poetry of the Streets”.

At 11 am, the MAXXI will host the screening of Doppia Difesa – Uccisa in attesa di giudizio by Andrea Costantini with Ambra Angiolini and Alessio Boni. The film is presented by the Fondazione Doppia Difesa, working to fight violence against women.  It is produced by Camaleo, and inspired by the campaign launched by Doppia Difesa “To prevent women from being killed before justice is served”. On this occasion, there will be an encounter on the themes of justice and violence against women.

At 9:30 pm, in the same venue, there will be a screening of Jane by Brett Morgen. Based on over 100 hours of 16-mm film that has never been shown to date, preserved in the archives of the National Geographic and hidden to the world for over fifty years, the film by the award-winning director tells the story of Jane Goodall, a woman whose research into chimpanzees – among which she lived, in Tanzania, to study their behaviour – revolutionized our understanding of the natural world.

For the second year in a row, the Rome Film Fest returns to the Rebibbia prison: at 4 pm, in the Auditorium of the Rebibbia Nuovo Complesso, there will be a screening of Terapia di coppia per amanti by Alessio Maria Federici with a live musical introduction by the band Daiana Lou.

Alice nella città, the independent and parallel sidebar at the Rome Film Fest, will present The Nut Job: Nutty by Nature by Callan Brunker (at 11:30 am), Addio fottuti musi verdi by Francesco Ebbasta (at 5 pm), both in Sala Sinopoli; while in the Teatro Studio Gianni Borgna, the screening will feature Saturday Church by Damon Cardasis (at 3 pm), in collaboration with the Rome Film Fest. At the 3 and Google Cinema Hall, the screening will present Freak Show by Trudie Styler (at 12 noon); the programme will close at the Cinema Admiral with Junior by Zoe Cassavetes, preceded by the short film Una serata speciale by Federico Zampaglione (at 7 pm) and Lola + Jeremy by July Hygreck, preceded by the short film Strollica by Peter Marcia (at 8:30 pm).

The following is the programme of repeat screenings around the city. 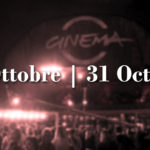 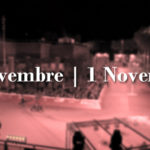