The Rome Film Fest at the Teatro Palladium, four films to be screened

The 12th Rome Film Fest comes to the Teatro Palladium, thanks to the important collaboration with Università Roma Tre. The four screenings in the lineup will be held on Tuesday October 31st and Thursday November 2nd, with free admission while seats last.
The first screening is scheduled tomorrow evening at 8:30 pm, with the musical 42nd Street by Lloyd Bacon, presented at the Rome Film Fest in the “Films of our lives” section: this famous movie is about a director who must stage a variety show in America during the economic crisis. It will be followed, at 10 pm, by the screening of Moravia Off by Luca Lancise, seen at one of the pre-opening events of the 2017 Rome Film Fest: the documentary borrows the poetics of the great Italian author, one of the most important writers of the twentieth century, to generate stories taking place around the world, from Africa to Egypt, from Poland to China, from Germany to Iran, from France to South Korea.
The programme on November 2nd will open at 8:30 pm with Tracce di bene by Giuseppe Sansonna (Riflessi): a lost confession by Carmelo Bene emerges from oblivion, a confidential voice that evokes intimate and universal memories, fragments of life and cinema. A stream of consciousness that depicts the Salento region with the saints flying over it in ecstasy. At 10 pm, the screening will feature The Italian Jobs: Paramount Pictures e l’Italia by Marco Spagnoli. The documentary, one of the pre-opening events of the Rome Film Fest, analyses the relationship between the films, the Paramount studio productions and Italy, exploring the history of international cinema and examining the decisions that led to making some of these films in Italy.
The evening of October 31st will be introduced by professor Marco Maria Gazzano, November 2nd by Professor Ivelise Perniola. 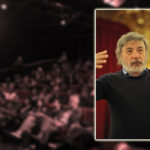 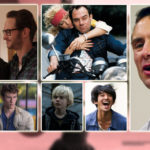 31 October | Chuck Palahniuk to take the stage for...