Following last year’s successful experience, on Monday October 30th at 11 am at the MAXXI, the 12th Rome Film Fest will organize the second panel in the “Critical Conditions” series, curated by Mario Sesti, Artistic Coordinator of the Selection Committee and Curator of Retrospectives. The panel intends to become an annual event, the purpose of which is to probe the nature, the meaning and the future of the work of people who study and write about cinema as a profession. The panel, titled “From Newspaper to Smartphone: Film Reviews, Film Criticism and Video-essays” will take its cue from the recent publications of two influential English-language critics to take stock of the state of the art in film criticism, from scholarly essays to newspaper columns, from online criticism to video-essays. The speakers in this edition will include Annette Insdorf, professor of Film Studies at Columbia University and author of “Cinematic Overtures: How to Read Opening Scenes” (Columbia University Press); A.O. Scott, film critic for The New York Times, and author of “Better Living Through Criticism: How to Think About Art, Pleasure, Beauty, and Truth” (Penguin Books); and Paolo Mereghetti, chief film critic for the Corriere della Sera and author of the renowned Italian film dictionary “Il Mereghetti” (Baldini & Castoldi Dalai). Their introduction will be followed by a panel discussion that will involve Italian and international critics. 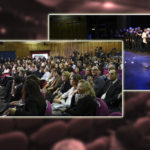 The Fest returns to the Rebibbia prison with a pro... 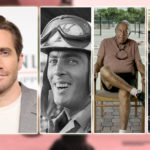 29 october | Jake Gyllenhaal takes the stage for a...