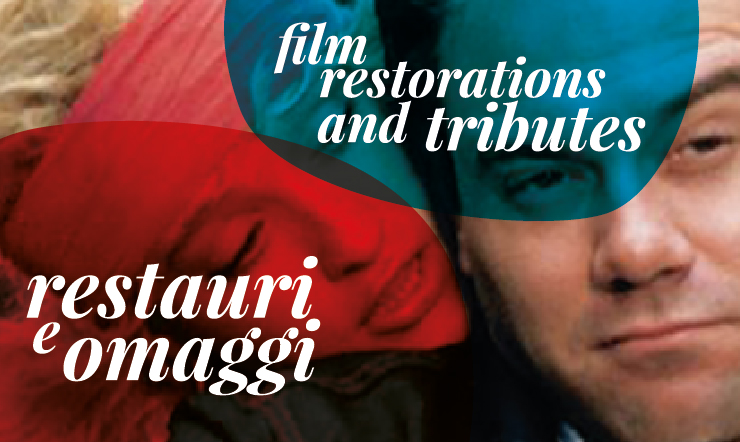 The programme of the 12th Rome Film Fest, in collaboration with Istituto Luce Cinecittà, Centro Sperimentale di Cinematografia (Experimental Cinematography Centre) and Infinity, presents the newly restored versions of four films that have made the history of Italian cinema: the remarkable combination of historic reconstruction and narration by Giuliano Montaldo in Sacco & Vanzetti, the neuroses of the middle-class “technological” man explored by Marco Ferreri in Dillinger is Dead; the unparalleled verbal and physical comedy of Totò in Miseria e nobiltà by Mario Mattoli and the irresistible blend of comedy and melancholy in Talcum Powder by Carlo Verdone. 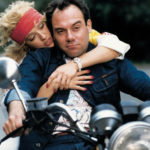 BOROTALCO | TALCUM POWDER
by Carlo Verdone, Italy, 1982, 107’
Cast: Carlo Verdone, Eleonora Giorgi, Christian De Sica, Angelo Infanti, Enrico Papa, Roberta Manfredi, Mario Brega
The Rome Film Fest screens Borotalco in the version restored by Infinity on the 35th anniversary of its release in theatres. As well as being one of Carlo Verdone’s most famous and oft-referenced films, the Roman actor and director’s third effort was a turning point in his directing career. It marks his first time making a film that is not a series of episodes but one linear storyline in which Verdone takes on the role of a single character. Borotalco is the prototype of that irresistible blend of comedy and melancholy that will define the narrative style of all Verdone’s films to come. The director hands the more comical side of the film over to his stable of character actors (the late, lamented Angelo Infanti hamming it up as Manuel Fantoni, and Mario Brega, immortalized by the “Greek olives” scene). Verdone’s own ‘Everyman’, who seeks to escape his lot to make up for a life he never chose but passively endured, provides us with a snapshot of Italy in the early ‘80s that is no cliché, but, all in all, a realistic reconstruction of the mentality of the youth of the time and portrayal of an era later labeled, somewhat gratuitously, an Age of Reaction.

DILLINGER È MORTO | DILLINGER IS DEAD
by Marco Ferreri, Italy, 1969, 95’
Cast: Michel Piccoli, Anita Pallenberg, Annie Girardot, Gino Lavagetto, Carlo Petrillo, Carole André, Adriano Aprà
The relationship between man and woman, the oppressive presence of objects, food and the rituals involved its preparation, the fictitious and therefore impossible escape from the world, claustrophobic space, alienation as an incurable illness of the consumer society, sex, death. Dillinger is Dead addresses all the recurring themes, obsessions, poetics and aesthetics of Marco Ferreri, one of the most unusual, modern and irreverent auteurs in Italian filmmaking. All contained in little more than an hour and a half, a burden carried almost entirely by a remarkable Michel Piccoli, who with his understated gestures, lowered eyes and half-closed mouth becomes the face, hands and body of middle-class technological man’s neuroses. Written in one week with Giorgio Bazzini and filmed in the space of a month, primarily in the private homes of the painter and director Mario Schifano and Ugo Tognazzi (another of Ferreri’s actors), with a skeleton crew and the minimal essential quantity of film, Dillinger is Dead is a miracle of balance between realism and experimentalism and is perhaps the finest work in this director’s filmography. The Rome Film Fest brings this masterpiece of Italian film back to the screen, in the restored version by the Centro Sperimentale di Cinematografia (Experimental Cinematography Centre).

MISERIA E NOBILTÀ
by Mario Mattoli, Italy, 1954, 95’
Cast: Totò, Enzo Turco, Carlo Croccolo, Sophia Loren, Dolores Palumbo, Valeria Moriconi, Carlo Campanini, Liana Billi
Fifty years after Totò’s death, the Rome Film Fest celebrates his comic genius with one of his most universally famous and rightly celebrated films, screened in a restored version, in collaboration with the Centro Sperimentale di Cinematografia (Experimental Cinematography Centre).
Miseria e nobiltà is the second film in a trilogy, which began the year before with Un turco napoletano and ended shortly thereafter with Il medico dei pazzi, in which Totò, with director Mario Mattoli, chose to celebrate the great playwright Eduardo Scarpetta, bringing three of his most significant plays to the silver screen. It is the story of penniless writer Felice Sciosciammocca in late nineteenth-century Naples, who lives hand-to-mouth in a home he shares with his son Peppiniello, his companion Luisella and his friend Pasquale, a street photographer by profession, with his respective wife Concetta and daughter Pupella. Miseria e nobiltà is a consummate fusion of a comedy of errors, verbal comedy and physical gags. An exhilarating elegy to hunger – the concept on which Totò’s entire vis comica is based, as well as much of comedy in Italy before the economic boom (as embodied by Capannelle in Big Deal on Madonna Street) – which almost sixty years after its release in theatres, has lost none of its original comic flair.
Miseria e nobiltà was restored in collaboration with Movietime srl, supervised by Giuseppe Lanci and Federico Savina at the Augustus Color labs in Rome. On the occasion of the restoration of Miseria e nobiltà, the Centro Sperimentale di Cinematografia has chosen a series of remarkable photographs of Totò from its photography collections, selected from his most famous films and others perhaps less known to the general public. The Neapolitan actor, one of the undisputed greats in the history of Italian cinema, theatre and comedy, will be in the heart of the Rome Film Fest, in the Foyer Sinopoli, for the entire duration of the event: a way to remember and rediscover with a smile, the many faces of the iconic Totò, in a tribute to the great Italian comic actor. 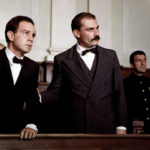 SACCO E VANZETTI | SACCO & VANZETTI
by Giuliano Montaldo, Italy, France, 1971, 120’
Cast: Gian Maria Volonté, Riccardo Cucciolla, Cyril Cusack, Rosanna Fratello, Geoffrey Keen, Milo O’Shea
Exactly ninety years ago, the shoemaker Nicola Sacco and fish peddler Bartolomeo Vanzetti reluctantly became the symbol of injustice at a time of social upheaval. Charged with two counts of murder during a robbery, they were put through a farcical trial and sent to the electric chair in the U.S., in a climate that was anti-foreigner and anti-labor. The Rome Film Fest commemorates this dark chapter in history with the restored version – courtesy of Istituto Luce Cinecittà – of the 1971 film in which Giuliano Montaldo rigorously reconstructed their story. No doubt, Sacco & Vanzetti represents one of the most successful examples of historical reconstruction wedded to narrative film in Italian cinema, as proved by the fact that its release in the United States played a decisive role in reopening the case and eventually led to the official rehabilitation of the two Italians in 1977. Decades later, the film’s denunciation of the intolerance shown to Nick and Bart (played by the superb actors Gian Maria Volonté and Riccardo Cucciolla) is as contemporary today as it was in 1971, and recalls a chapter of Italian history that Italians prefer to forget: their own emigration to other parts of the world. Before the screening there will be a live music performance entitled “Sacco e Vanzetti unplugged”. 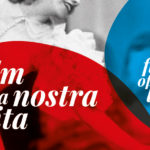 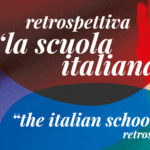