October 15, the first Italian film from the Official Selection and the Encounter with Bernardo Bertolucci 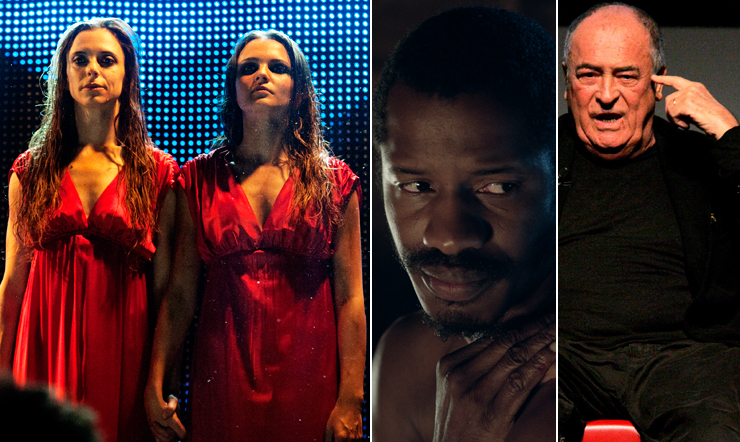 The third day of the Rome Film Fest will feature the world premiere of one of the most highly anticipated Italian films of the season, Sole cuore amore: Saturday October 15th at 7:30 pm in Sala Sinopoli, the screening will feature the latest work by Daniele Vicari, author of Velocità massima, The Past is a Foreign Land, The Human Cargo and Diaz – Don’t Clean Up This Blood (winner of four David di Donatello and three Nastri d’Argento awards). The film brings to the screen a story of sisterhood and solidarity between two women who have made opposite choices in life. “It is a simple film, like the line in the song the title is borrowed from, as simple as the lives in the story being told – stated Vicari. On the contrary, the daily lives of millions of people whose lives are not guaranteed by their social standing are very hard. Sole cuore amore thus turned out to be a more complex film to make and to govern that I initially thought, on paper”.

The Birth of a Nation, scheduled for 10 pm in Sala Sinopoli, is the directorial debut of actor Nate Parker, who is also the star, the screenwriter and the producer of the film. Having acted in films such as The Great Debaters by Denzel Washington, Red Tails by Anthony Hemingway and Arbitrage with Richard Gere and Susan Sarandon, in The Birth of a Nation he plays the role of Nat Turner, one of the most important figures in the battle of the Afro-American community against slavery in the United States: an educated slave, a preacher, and witness to countless episodes of violence against his people, Turner led the bloody revolt that broke out in Virginia in August 1831. “By calling the film The Birth of a Nation, I sought to break the cycle of prejudice and hate that the D. W. Griffith film perpetuates within Hollywood and the United States – explained Parker. In reclaiming the title, I’m hoping to right a wrong, turning the title into a piece of art that can encourage and activate us all toward healing and positivity”.

Bernardo Bertolucci, one of the most important voices in contemporary cinema, will be the featured guest of a Close Encounter: the first and only Italian to win an Oscar® as Best Director (The Last Emperor), and the author of masterpieces such as The Conformist, Last Tango in Paris and 1900, Bertolucci will address the audience in Sala Petrassi at 6 pm.

The Official Selection will present the screenings of Louise en hiver by Jean-François Laguionie, Sing Street by John Carney (both in collaboration with Alice nella città) and The Last Laugh by Ferne Pearlstein.

Laguionie’s animation film (at 8 pm in Sala Petrassi), is an account of Louise’s last day of summer: the old woman realizes the last train has just left without her. She thus remains alone in a small beach resort, abandoned by all. Louise accepts this situation as a challenge. At 10 pm in the same theatre, the screening will feature Sing Street, the new work by John Carney, director of Once (2007), winner of the audience award at Sundance and the Oscar® for Best Original Soundtrack, and Begin Again (2013) with Mark Ruffalo and Keira Knightley.

At the Teatro Studio Gianni Borgna at 9:30 pm, the screening will present The Last Laugh, a documentary that sketches an intimate cinema-verité portrait of Auschwitz survivors along with interviews by influential intellectual comedians, from Mel Brooks to Sarah Silverman and Gilbert Gottfried, as well as authors Etgar Keret, Shalom Auslander and Abraham Foxman.

The MAXXI will feature the screening of three films from the line-up of the Riflessi section of the programme. At 5 pm, L’arma più forte – L’uomo che inventò Cinecittà by Vanni Gandolfo, produced by Istituto Luce Cinecittà, with Diego Abatantuono, brings to the screen the forgotten story of Luigi Freddi (Diego Abatantuono), a Fascist official with a profound passion for cinema. Vanni Gandolfo, Valeria della Valle and Angela Freddi will be there to introduce the screening.

At 7:30 pm, the featured film will be Le scandalose by Gianfranco Giagni, a docunoir about murders committed by women over the past thirty years, documenting the evolution of criminal acts by women (produced and distributed by Istituto Luce Cinecittà). The documentary will be presented by Gianfranco Giagni, Sonia Bergamasco, Silvana Mazzocchi and Patrizia Pistagnesi.

At 9:30 pm, the screening will be of Shelter: the Brent brothers and Craig Renaud tell the raw and emotional stories of the incredible kids who seek shelter at the Covenant House in New Orleans, and the staff that fights every day to help them.

At 2 pm, there will be a repeat screening of Richard Linklater: Dream is Destiny by Louis Black and Karen Bernstein.

The tribute to Citto Maselli continues at 3 pm at the Casa del Cinema with the screening of three of his short films (Bambini, Ombrellai and Zona pericolosa), followed by Storia di Caterina, an episode from the film Amore in città.

At 4:30 pm, there will be a showing (thanks to the Cineteca Nazionale) of Fumo di Londra (Gray Flannels) by Alberto Sordi, and at 7 pm West and Soda by Bruno Bozzetto (for “The Films of Our Lives”), and The Birth of a Nation by David Wark Griffith (for the American Politics retrospective).

For the retrospective dedicated to Tom Hanks, to whom the Rome Film Fest has conferred the Lifetime Achievement Award, the screenings will feature Philadelphia by Jonathan Demme and Forrest Gump by Robert Zemeckis (at 9 pm).

Alice nella città will present the screening of Kicks by Justin Tipping (11am, Sala Sinopoli), Max Steel by Stewart Jendler (4.30 pm, Sala Sinopoli), and for the tribute to Abbas Kiarostami the film First Graders preceded by the short film So Can I  (4 pm, Studio 3).

In the programme of repeat screenings, the Mazda Cinema Hall will feature London Town by Derrick Borte (at 2:30 pm), Manchester by the Sea by Kenneth Lonergan (at 5 pm), Sole cuore amore by Daniele Vicari (at 8 pm), The Birth of a Nation by Nate Parker (at 10:30 pm).

At the Farnese Persol, there will be a screening of Todo lo demás by Natalia Almada (at 4 pm), the repeat screening of Layla M. by Mijke de Jong (Alice nella città, at 6 pm), Afterimage by Andrzej Wajda (at 8 pm) and Manchester by the Sea by Kenneth Lonergan (at 10:30 pm). 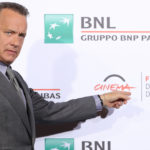