Exhibitions and installations at the 11th Rome Film Fest 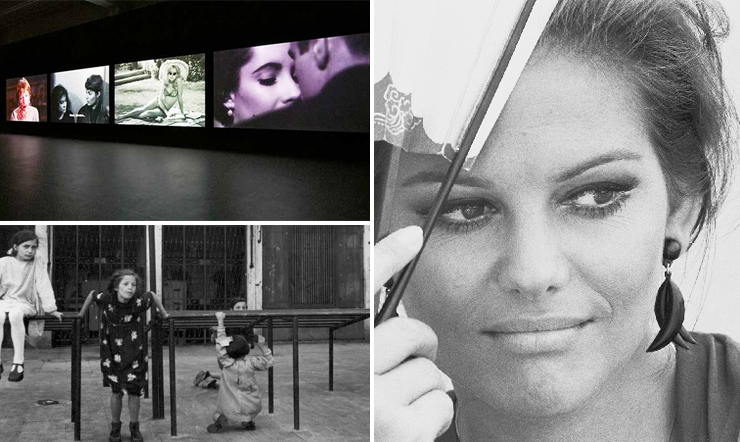 Il giorno della civetta (Mafia) is a film directed in 1968 by Damiano Damiani, adapted from the novel by Leonardo Sciascia, starring Franco Nero, Claudia Cardinale and an international cast. The exhibition presents a journey into the film with 160 images never shown before, as seen through the eyes of the set photographer Enrico Appetito; but it is also a tribute to Leonardo Sciascia’s far-sightedness and civil commitment against the Mafia. The exhibition includes the Ritratti section (Portraits) in the Foyer Sinopoli, and the Set and Behind the Scenes sections in the EXPO space of the Auditorium Parco della Musica. The images are accompanied by 50 years of news reports about the Mafia in Italy. As part of the exhibition, on Friday October 21st, at 7 p.m., in the AuditoriumExpo, there will be a presentation of the book titled L’incantesimo delle civette by Amedeo LaMattina (published by edizioni e/o), a coming-of-age novel set in a small town in Sicily, at the time when Damiani brought his set on location there. The event will feature the author and readings by Lara Crinò.

Production, project and organization by: ETICAARTE with the Enrico Appetito Historic Archives of Film Photography. With the collaboration of the Ministry of the Cultural Heritage and Acitivities and Tourism – Direction Cinema, Istituto Luce Cinecittà, Rome Film Fest, Fondazione Musica per Roma, Nazionale Italiana Cantanti.

Before beginning his career as a filmmaker and becoming the great master of cinema that he was, Luigi Comencini was a reporter and photographer. As a photo-journalist in the 1940s, he told the story of his native northern Italy, Milan and the Po Valley, with their ruins and the reconstruction, their past and their new modernity. He did so with the sensitivity of the artist and architect that he was, with attention to the spaces and buildings as well as the people who lived there or were simply passing through.

At the Auditorium Parco della Musica, the Rome Film Fest, in collaboration with the Cineteca di Milano, is hosting a precious exhibition of 50 photographs taken by the director between 1945 and 1948, all of them black and white, discovered purely by chance and saved from the oblivion of time. The images bear witness to the difficult and precarious post-war years, and at the same time anticipate some of the themes that were most important to Comencini: his sensibility towards children and poverty, his ability to tell a story within a frame.

In Between Art Film, a production company founded by Beatrice Bulgari, brings the audiovisual installation Magnificent Obsession, by the Swiss artist and filmmaker Matthias Brunner, to the Rome Film Fest, in a joint collaboration with the Magazzino Art Gallery.

The artwork, which belongs to the collections of the Kunst Haus in Zurich, is a four-screen projection of fragments of 36 masterpieces of European and American film from the 1950s and ‘60s, brilliantly assembled by the artist. Beatrice Bulgari has this to say: “In Between Art Film aims to explore the intriguing and ever-shifting borders between the arts and audiovisual works. And Magnificent Obsession epitomizes the fascinating complexity of the relationship between art, film and literature.” After all, the love story between film and literature is as old as the story of film itself, and after viewing hundreds of films, Matthias Brunner realized that this love story has never been as passionate and visceral as it was during the French New Wave. Indeed, Magnificent Obsession examines the bonds between film and literature in those two postwar decades, juxtaposing major novelists like Marguerite Duras, Alberto Moravia and Raymond Queneau and exponents of the French New Wave such as Claude Chabrol and Francois Truffaut, and the filmmakers who drew inspiration from them: Alfred Hitchcock, Elia Kazan, Luis Buñuel, and Jean-Pierre Melville.

For the screen adaptations of American literary classics, Brunner has selected exclusively scenes in which books appear, or which involve the theme of books, like writing (Malle), printing (Truffaut), a journey to get to a bookshop (Ophuls), a meeting in a bookshop (Blake Edwards), or the interpretation of a text (Elia Kazan).

While viewers are surrounded by moving images, they may only listen to the soundtrack of one of the films on the screens. In fact, Brunner has also selected the segment of each soundtrack that he considers most significant, not synchronized with the images on the screens, therefore, which makes for fresh and unexpected associations and a genial choreography of images, which is pure visual poetry. 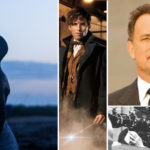 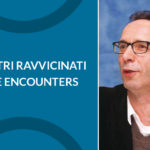