The CINEDAYS of Rome City of Films, the urban storytelling of the Creative Cities 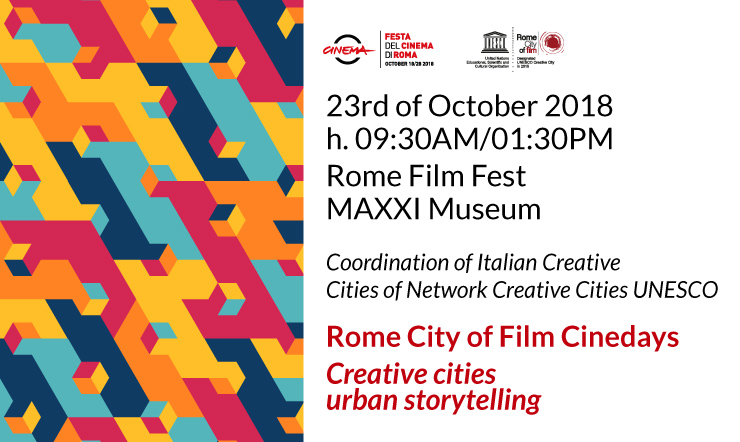 At Cinedays 2018, Rome City of Film invites the Italian and international Creative Cities to share the best practices of urban storytelling.

Rome City of Film: since 2015 Rome is a Creative City of Film in the UNESCO Network (UCCN), which counts 180 member cities from 72 countries that excel in the fields of music, crafts and folk arts, media arts, design, food, literature, as well as cinema. Fondazione Cinema per Roma, executive body of Rome City of Film as delegated by Roma Capitale, has organized Cinedays, the International Conference of Creative Cities, to be held on 23 October 2018 during the Rome Film Fest, at MAXXI – National Museum of XXI Century Arts. This year’s focus is urban storytelling, to explore how the cultural identity of creative cities produces meaning through a narration, the purpose of which is to spread and develop the challenging values of the UNESCO Network.

The Ideal City is the theme of the international short film context launched in September by Rome City of Film on the occasion of the next UNESCO Annual Meeting, which will be held for the first time in Italy, in Fabriano – City of Crafts & Folk Art UCCN, from 10 to 16 June 2019.

After the greetings by Laura Delli Colli, Vice President of Fondazione Cinema per Roma and Antonio Monda, Artistic Director of Rome Film Fest, Deputy Mayor of Roma Capitale Luca Bergamo will open the Cinedays discussion with the following speakers:

the narration of UNESCO creative cities

how cinema narrates the urban dimension

In 2019, Fabriano will host the delegates of 180 cities from 72 countries, for the world reunion of the UNESCO Creative Cities (UCCN).

Art, creativity, innovation, sustainability, development and social cohesion, reconstruction and resilience: Italy at the center of the debate on how to build a new way of living together.

To accompany the preparation of the 2019 Annual Meeting in Fabriano, Rome City of Film, UNESCO Creative City of Film, decided to launch an international call for fiction and documentary short films (under 30′), addressed to directors and film schools.

The theme of the films will be the demand for an ideal contemporary city, narrated by means of cinema or television through one of eight sub-themes:

The call will be disseminated by the 13 cities of the UCCN Film cluster and the usual cinema channels of. Works from every country in the world are eligible to participate, even if they are not from one of the 72 countries that form the UCCN network.

A selection committee, directed by Mario Sesti (Fondazione Cinema per Roma) and composed of film experts, city planners and representatives of the Italian Coordination of the UCCN, along with the focal point of Fabriano and the Fabriano Film Fest, will select the six best works (three per genre), two of which will win awards, one for each genre.

The six best films will be screened in the pavilion of the Film cluster in Fabriano and the two winning works will be presented and screened during the 2019 Annual Meeting for the UCCN delegates as a collateral event, attended by the directors and actors who will talk about their experience. 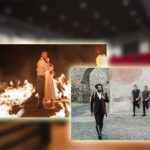 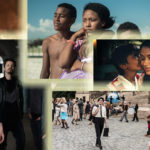 #RomaFF13 | Cinema from around the world hits Rome...