A fine showing indeed for the five TV series that premiered in Rome, with their directors and stars on hand for the occasion, at the 9th annual RomaFictionFest, an APT brand (Television Producers’ Association) and an event produced by the Fondazione Cinema per Roma with the support of the Lazio Region and the Rome Chamber of Commerce, with Piera Detassis as Artistic Coordinator. Mr. Robot, Wolf Hall, Casual, Show Me a Hero, and Flesh & Bone have racked up a total of ten nominations for the 73rd Golden Globe Awards, and will be vying for the coveted honors to be handed out by the Hollywood Foreign Press Association in Los Angeles on January 10.

The series that premiered at the 2014 RomaFictionFest also made off well, with three Golden Globe nods for American Crime and two for Mozart in the Jungle.

And four out of the five TV series nominated for Best TV movie or limited series at the Golden Globes have been showcased at the past two editions of the Festival.

Casual, which screened out of competition in Rome, at the end of the masterclass held by filmmaker Jason Reitman, is up for the Best TV series – Musical or Comedy at the Globes.

And Show Me a Hero, which was also seen on the occasion of a masterclass in Rome, held by Oscar®-winning filmmaker Paul Haggis, has been nominated for Best Actor in a TV movie or limited series (Oscar Isaac). 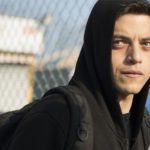