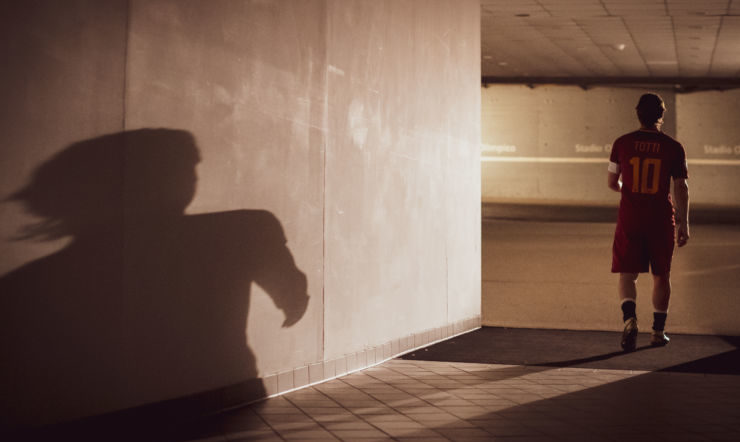 Today, the Artistic Director Antonio Monda, in agreement with President Laura Delli Colli and General Manager Francesca Via, announced several sneak previews of the fifteenth edition of Rome Film Fest, which will take place from 15 to 25 October 2020 at the Auditorium Parco della Musica in Rome. The fifteenth edition of the Rome Film Fest will be part of Romarama, the program of cultural events promoted by Roma Capitale.

The Rome Film Fest’s lineup will feature the film Mi chiamo Francesco Totti by the award-winning director Alex Infascelli (Almost Blue, S Is for Stanley). It’s the night before Totti’s touching football farewell and AS Roma’s iconic captain retraces his entire life as if he saw it projected on a screen together with its spectators. Images and emotions scroll across the screen – key moments of his career alternate with scenes of his private life and memories. An intimate tale, told in first person, about the sportsman and the man behind the famous football player. Directed by Alex Infascelli – story and screenplay by Alex Infascelli and Vincenzo Scuccimarra – the film is based on the book “Un Capitano” written by Francesco Totti with Paolo Condò (published by Rizzoli).  The film is produced by Lorenzo Mieli, Mario Gianani and Virginia Valsecchi, a The Apartment and Wildside production – both part of the Fremantle group – together with Capri Entertainment, Fremantle, and with Vision Distribution and Rai Cinema, in association with Sky and Amazon Prime Video. Vision Distribution will handle the Italian distribution and international sales.

From 15 to 25 October, Rome Film Fest will host some films from Cannes Film Festival’s 2020 Official Selection. During this special event, dedicated to the iconic French kermesse, General Delegate Thierry Frémaux will present the movies from the festival.
“We are thrilled to organize a Cannes event during the Rome Film Fest and honoured to be part of the Cannes Tour that include many prestigious festivals” said Artistic Director Antonio Monda. “It is a great honour for us to present films from the Cannes Official Selection 2020, and to have Thierry Frémaux in Rome presenting these films and having this collaboration with the most important Film Festival in the world.”
“In this difficult time it’s more important than ever to support movies and cinemas and to take care of artists and audience” told Cannes’ General Delegate Thierry Frémaux. “Cannes didn’t take place this year but we are honoured to present the 2020 Official Selections’ movies where they are invited. In Rome, with its Fest, its history and its spirit, cinema is still alive!”.

Satyajit Ray, one of the greatest filmmakers in the history of film, will be the protagonist of a retrospective at fifteenth Rome Film Fest which will be curated by Mario Sesti. Producer, director, screenwriter and composer of themes for his films, Satyajit Ray’s work always treated the most different genres with innovative styles. His work, strongly affected by Indian literature and tradition, is also inspired by Italian neorealism with a reference to the international scene which led him to ideological conflicts with western culture. He has obtained many awards over the years, including a Golden Lion and an Oscar® for Lifetime Achievement.

The fifteenth edition of Rome Film Fest will present two masterpieces of the Italian cinema in a new version: Pietro Germi’s In nome della legge (In the Name of the Law) restored by CSC – Cineteca Nazionale and Taviani brothers’ Padre padrone restored by CSC – Cineteca Nazionale and Istituto Luce Cinecittà.
In nome della legge is one of the most successful movies by the Genoese filmmaker. Pietro Germi was a cultured artist, able to represent drama, comedy and satire with the same intensity, Oscar® winner for Best Original Screenplay for Divorzio all’italiana (Divorce Italian Style).
Padre padrone is one of the Taviani brothers’ masterpieces and one of the most representative films of Italian cinema. Palme d’Or at the Cannes Film Festival and winner of a Nastro D’Argento, the film contains all the themes that made great the Taviani Brothers around the world, with references to realism and poetry, but also to literature and to civil and political issues of the time. 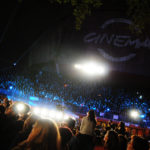